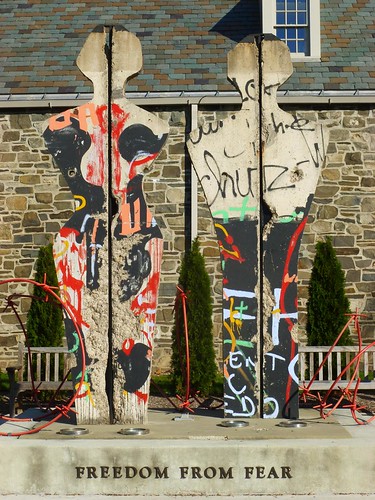 This entry was posted on Monday, March 31st, 2014 at 11:01 pm and is filed under Art, Berlin Wall, Cold War, FDR, Franklin Roosevelt, Freedom - Political, History, Winston Churchill, World War II. You can follow any responses to this entry through the RSS 2.0 feed. You can leave a response, or trackback from your own site.

One Response to Berlin Wall in the U.S., the FDR Library