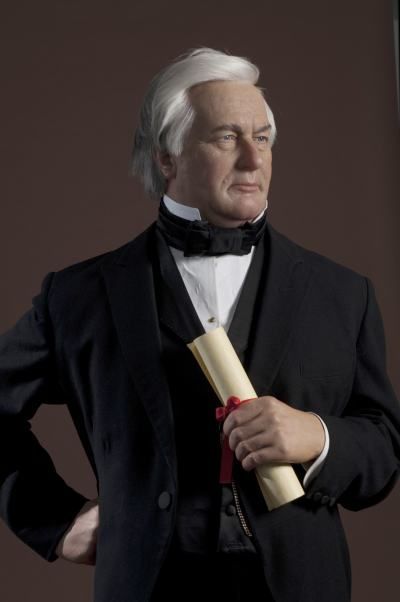 Despite his popularity with fans of ESPN, despite his having been the first chancellor of the University of Buffalo, and despite Utah’s naming its first capital after him*, Millard Fillmore is not the topic of a lot of histories. Finding information about the man, his life before the presidency, during the presidency and afterward, can be a trial.

Several students contacted me asking for sources. Search terms indicate that students, and maybe others, are looking for information. Particularly difficult to find is information for elementary school students who want to know about his childhood (See Millard Fillmore Papers, vol. 1, below).

The internet and worldwide web offer opportunities to find sources that may be hidden from local libraries and school libraries. Some of the sources I have found are not indexed well through the usual internet search engines. So, to help students and scholars, I have collected here several sources that should be useful.

Comments are open; if you have other internet sources, or other sources period, please leave a note about how to find them.

Sources for information about Millard Fillmore

American Whig Review, Volume 8, Issue 4 – a Whig journal, for October 1848, with an article on Rep. Millard Fillmore; from Cornell University’s Making of America Collection. (This link goes directly to the article; for citations for papers, you will need to navigate to other pages — this page may help.)

Millard Fillmore Papers, volume 1, edited by Frank H. Severance, secretary of the Buffalo Historical Society, 1907. Also, the index to both volumes; Table of contents. From Cornell University Library’s collection, New York State Historical Literature. This volume contains the autobiography Millard Fillmore did not finish, but which contains the only serious treatment of his youth, including the story of how he threatened to kill the first man to whom he was apprenticed as a wool carder. Particularly for those elementary and junior high school students looking for stories of presidents’ youth, this is the most authoritative account.

Inaugural Address of Hon. Millard Fillmore, 1862, from Cornell University Library — this oddly-named document is a collection of materials from the Buffalo Historical Society, including the address inaugurating the socity, by founder Millard Fillmore, on July 1, 1862. This document is difficult to navigate — I have linked to the start of his address. It holds a lot of other historical information about Buffalo, New York.

The Gospel of Millard Fillmore, a sermon by a Unitarian minister with a solid narrative and a view to redeem the reputation of Fillmore.

Adventures in Western New York History, Vol. II: Millard Fillmore, a publication of the Buffalo and Erie County Historical Society from 1960; this is a good, brief 19-page history of Fillmore as a citizen of Buffalo, including details of his presidential years. The pamphlet is in .pdf format, and could be printed out for a school or classroom library.

Online resources list, from the Miller Center on Public Affairs, University of Virginia; collection on the American President

* Why did Utah name its capital, Fillmore, after the president (and the county it is in, Millard, too)? The Mormons wanted to join the U.S. They wanted to be a state. Congress and the executive branch were nervous about taking in a state so large (at the time the state covered most of Nevada and chunks of Arizona, New Mexico, Colorado, Wyoming and Idaho — larger than Texas as I recall) and there was active opposition to taking in a state run by Mormons. So the Mormons moved the capital to Fillmore — more centrally located, and out of Salt Lake City where the Mormons had their temple and a lot of people. Then they named the capital after the president, hoping to curry his favor and that of the Whig Party partisans.

It didn’t work. The proposed State of Deseret was carved up, and Utah didn’t get statehood until 1896 — after even Nevada.  See this map of the Deseret as proposed, and as it was carved up to create other states, and eventually, Utah.