A teacher asked on Twitter yesterday for sources of information to set up a curriculum for Veterans Day, and I sent a few suggestions (and got thanked!).

Teachers watching through the day probably saw several sources pop up on the internet that they wished they’d had last week, to plan for this week.

For one, I didn’t post the Veterans Administration’s annual Veterans Day poster, and it’s a very nice one this year: 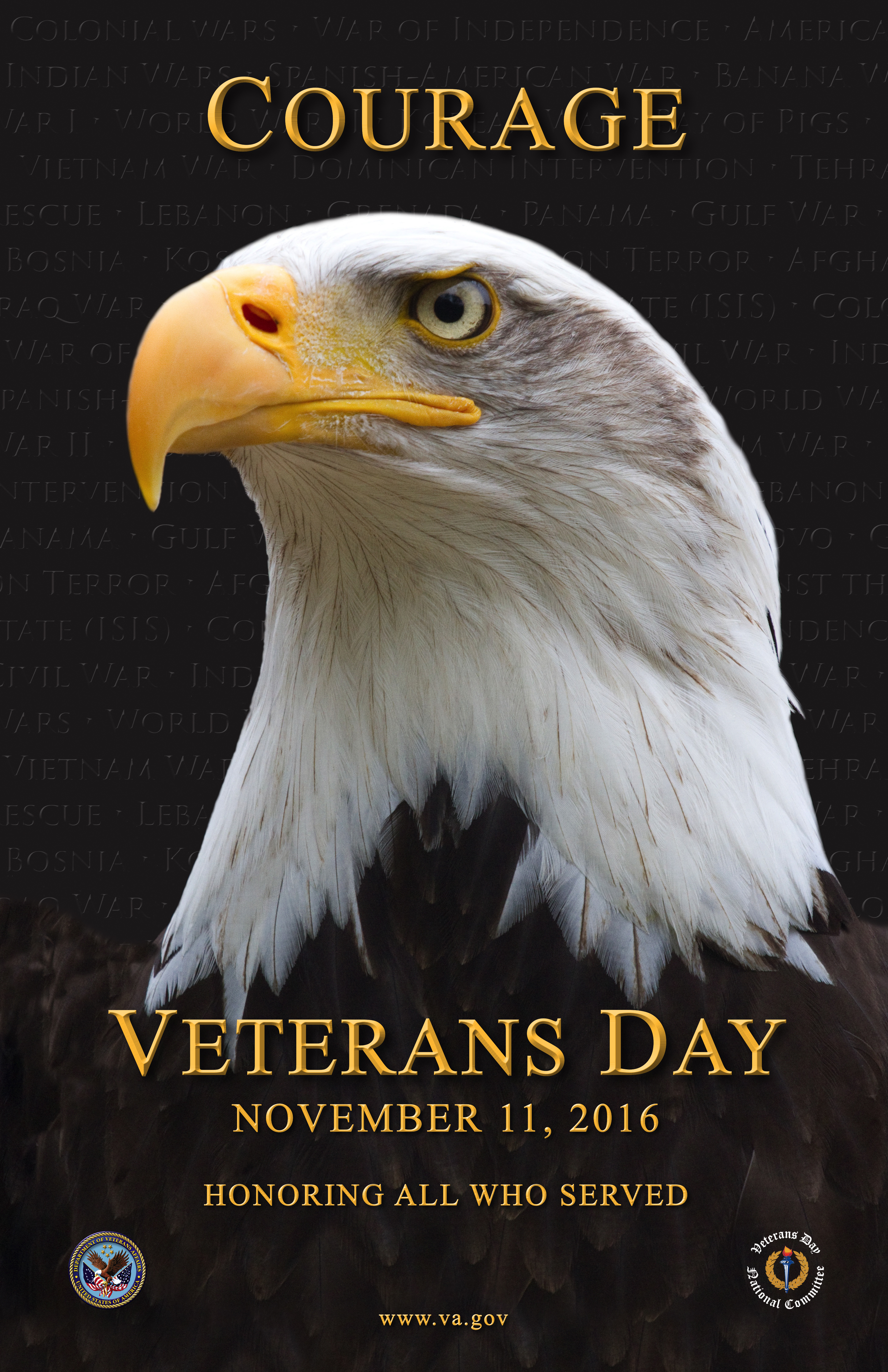 Veterans Day poster for 2016. Look carefully, you’ll see the names of past military engagements in which veterans may have fought, in the background behind the very sharp photo of the head of a bald eagle, our national symbol.

In world history or U.S. history, I usually stop for the day to talk about the origins of Veterans Day in Armistice Day, the day the guns stopped blazing to effectively end fighting in World War I. For several reasons, including mnemonic, the treaty called for an end to hostilities on the “11th hour of the 11th day of the 11th month” of 1918. Your state’s history standards probably has that phrase somewhere, but the history behind it is what students really find interesting.

Hope your Veterans Day 2016 went well (remember to bring in your flag at home!).

This entry was posted on Friday, November 11th, 2016 at 11:18 pm and is filed under Education, Flag etiquette, Lesson plans, Teaching Resources, veterans day. You can follow any responses to this entry through the RSS 2.0 feed. You can leave a response, or trackback from your own site.