Fly your flags May 11 in Minnesota: 159th Minnesota Statehood Day

Caption from the Minneapolis Star-Tribune: The Minnesota Capitol chandelier was illuminated May 10, 2013 in celebration of Statehood Day. It has 92 bulbs surrounded by 40,000 crystal beads strung together and was recently painstakingly cleaned and refurbished. The fixture is traditionally lit once per year on Statehood Day. Minnesota became a part of the United States as Minnesota Territory in 1849, and became the 32nd U.S. state on May 11, 1858. 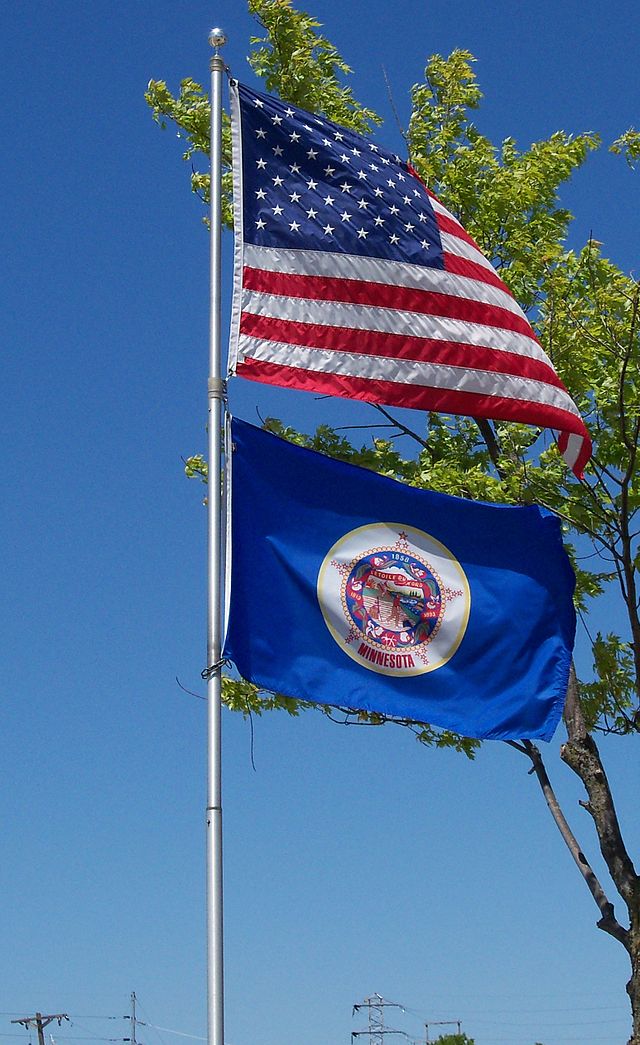 This entry was posted on Thursday, May 11th, 2017 at 2:41 pm and is filed under Flag etiquette, Fly your flag today, History, State flag, Statehood. You can follow any responses to this entry through the RSS 2.0 feed. You can leave a response, or trackback from your own site.