* July 4? But didn’t John Adams say it should be July 2?  And, yes, the staff at Millard Fillmore’s Bathtub sadly noted that, at most July 4 parades, it appears no one salutes the U.S. flag as it passes, as the Flag Code recommends. MFB’s been fighting flag etiquette ignorance since 2006. It’s taking much, much longer than we wished. 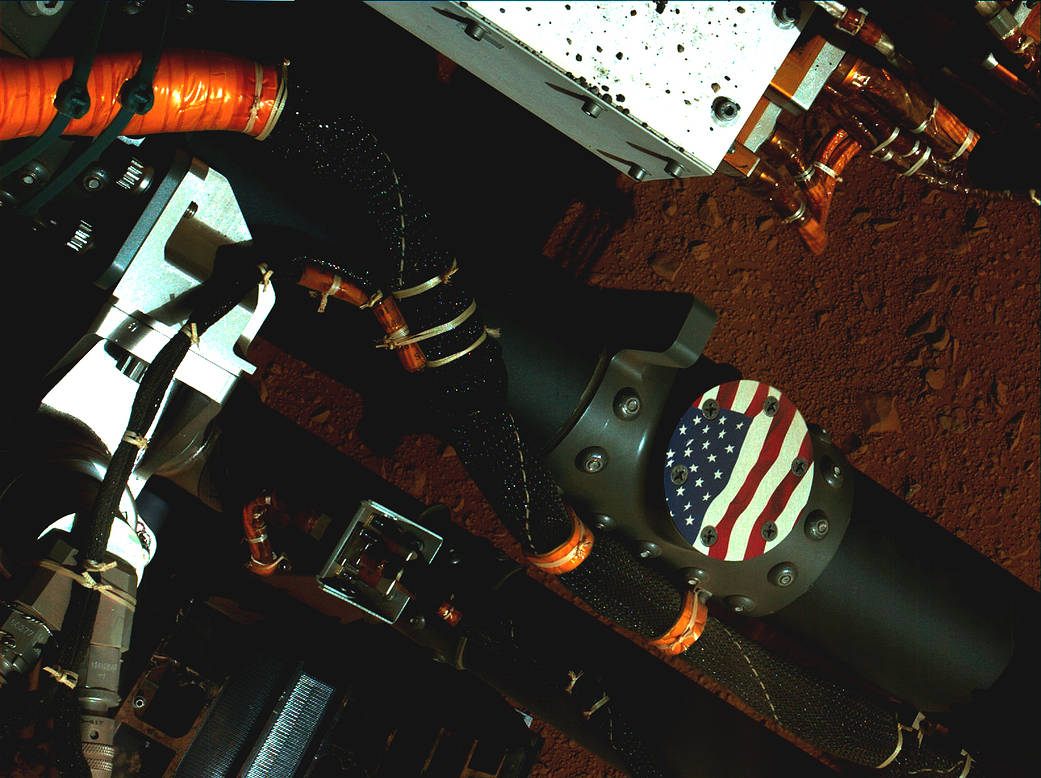 The U.S. flag on Mars – No manned missions to Mars occurred, yet, so there is no flag planted on Mars. But the Mars Rover, Curiosity, has a U.S. flag medallion affixed to a rocker arm. From NASA: This view of the American flag medallion on NASA’s Mars rover Curiosity was taken by the rover’s Mars Hand Lens Imager (MAHLI) during the 44th Martian day, or sol, of Curiosity’s work on Mars (Sept. 19, 2012). The flag is one of four “mobility logos” placed on the rover’s mobility rocker arms.

This entry was posted on Thursday, July 19th, 2018 at 12:10 am and is filed under Flag etiquette, Fly your flag today, History, korean war, Utah. You can follow any responses to this entry through the RSS 2.0 feed. You can leave a response, or trackback from your own site.