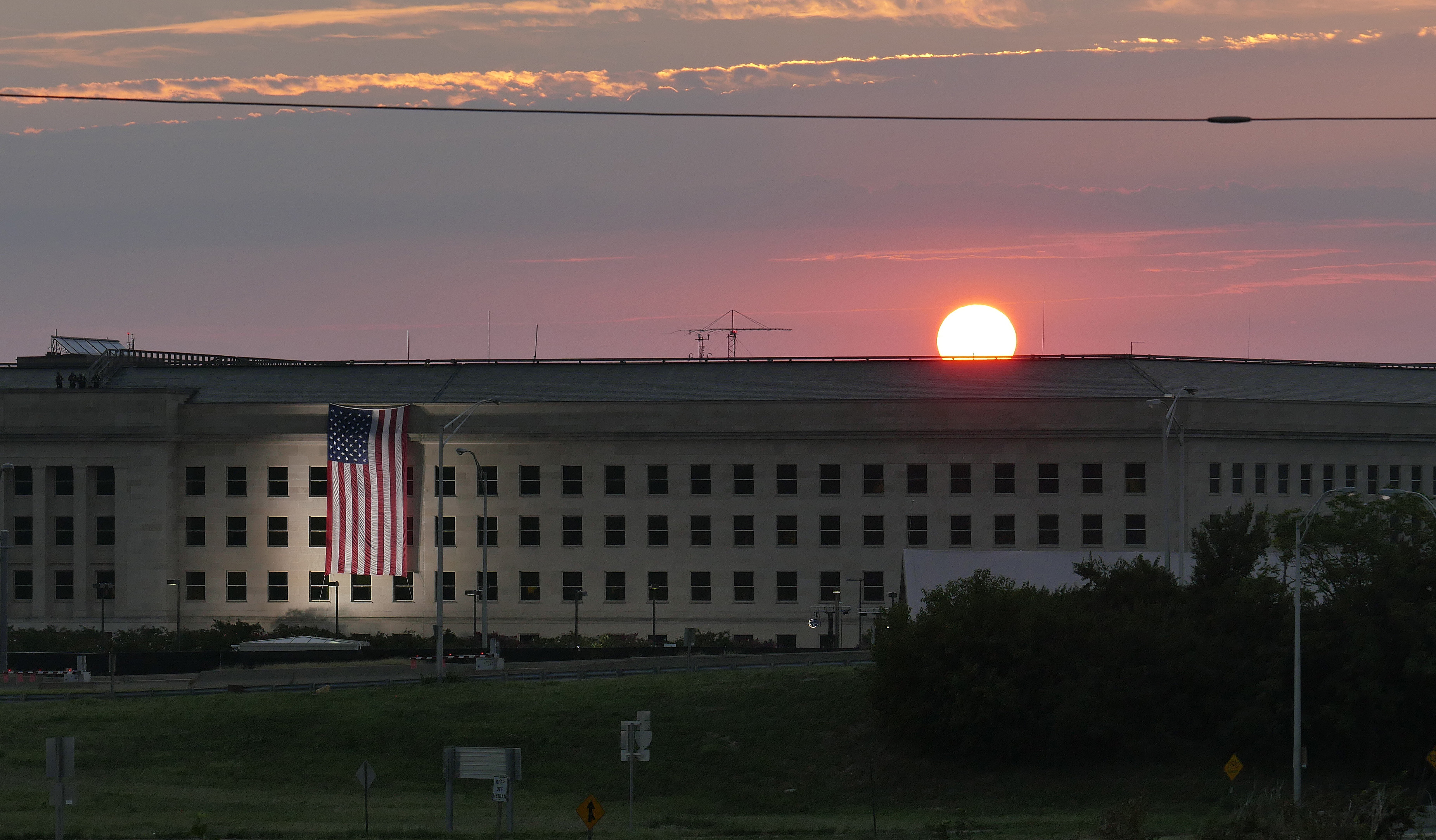 Caption from Foreign Policy Magazine: ARLINGTON, VA – SEPTEMBER 11: In this U.S. Navy handout, sunrise at the Pentagon prior to a ceremony to commemorate the 2016 anniversary of the Sept. 11, 2001 terror attacks. The American flag is draped over the site of impact at the Pentagon. Photo by Damon J. Moritz

School reform efforts after 2000 turned to adding patriotism to the curriculum. Most states now require something be said about the Constitution in social studies classes, and that has increased focus on Constitution Day on September 17. On September 17, 1787, the convention in Philadelphia signed and formally transmitted the proposed Constitution to the 2nd Continental Congress, with a plan that each state would call a convention of citizens to ratify the document; when citizens of at least 9 states ratified, the document entered into force.

The largest free-flying American flag in the world flew over the George Washington Bridge Monday, Sept. 2, 2013, in Fort Lee, New Jersey, for Labor Day. The Port Authority of New York and New Jersey said the flag flew on Labor Day under the upper arch of the bridge’s New Jersey tower, to honor working men and women across the country. The flag is 90 feet long by 60 feet wide, with stripes measuring about five feet wide and stars about four feet in diameter. (AP Photo/Mel Evans) (via Mowry Journal)

This entry was posted on Friday, August 31st, 2018 at 5:15 am and is filed under Flag etiquette, Fly your flag today, History, U.S. Flag. You can follow any responses to this entry through the RSS 2.0 feed. You can leave a response, or trackback from your own site.