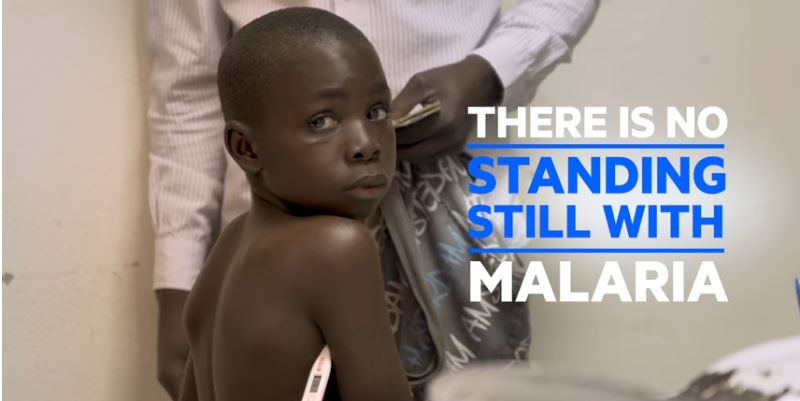 No standing still with malaria, fighting the disease must continue or progress can be quickly lost. Still from WHO film on World Malaria Report 2018 call to action.

World Health Organization’s (WHO) World Malaria Report 2018 dropped on November 19, a month earlier than usual (but about the same time as 2017). With an additional few weeks to plug it, it still sank without big ripples in world media.

WHO adds a shorter version, an “executive version” — that still doesn’t get the attention it should.

This is prelude to a tragedy if industrialized and wealthy nations of the world pay no heed, and continue to cut budgets to fight malaria for whatever bad reason some crabby, brown Earth policy maker invents.

Ever optimistic, WHO gives a plan for action to continue to reduce malaria deaths and infections, even with reduced funding. None of the proposed actions involves more DDT to poison poor people in poor countries, however, so it is unlikely to find favor with the crabby policy people now in charge of fixing world problems in the increasingly isolationist West (including the U.S.).

Please watch the video. What is your country doing to eradicate malaria? How can you prod politicians to do more?
2,616

This entry was posted on Thursday, December 27th, 2018 at 1:51 pm and is filed under DDT, Foreign Aid, Health care, Malaria, Science. You can follow any responses to this entry through the RSS 2.0 feed. You can leave a response, or trackback from your own site.

One Response to World Malaria Report 2018: Quick blueprint for action, no standing still