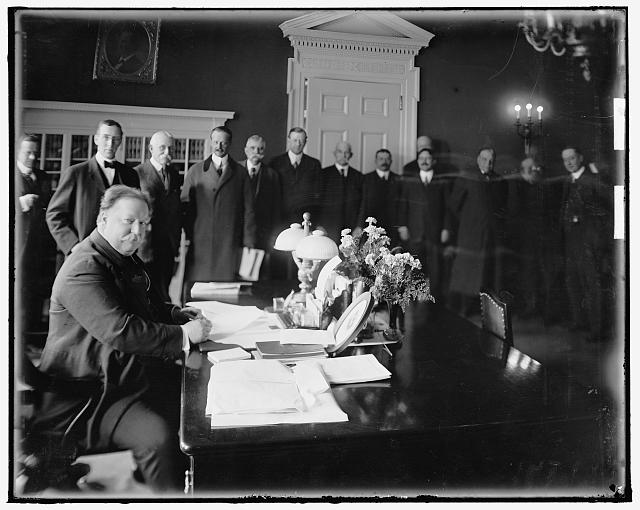 President William Howard Taft signing the proclamation that made New Mexico a state, on January 6, 1912. (Other people in the photo, I have not yet identified; can you help?). Image from Library of Congress Harris and Ewing Collection, via Albuquerque Historical Society.

This entry was posted on Monday, January 6th, 2020 at 2:31 pm and is filed under Art, Fly your flag today, History, Statehood. You can follow any responses to this entry through the RSS 2.0 feed. You can leave a response, or trackback from your own site.