Those who cannot remember the past are condemned to repeat it.
==> Georges Santayana, The Life of Reason, vol. 1: Reason in Common Sense)

Those who don’t pay attention to history are condemned to repeat it? Then, gods forbid we should have leaders among the condemned, and heaven keep us from joining their folly.

Hey, I’ve been putting this post up for most of a decade. It’s time for everyone to join Mr. Gorbachev, and tear down that wall. Which wall? That one. THAT one. Robert Frost noted, “Something there is that does not like a wall.” That something is God. Humanity. You. Your children. Act now.

Has there ever been a good wall that actually worked to keep trouble away? Do we need to rebuild the Berlin Wall in the Americas?

[That paragraph is a decade old; is there anyone who doesn’t know who Banksy is, today? Anyone besides me who didn’t see the movie?]

Banksy’s modern nativity — does he ever bother to copyright his stuff, or would he rather you broadcast it?

*  At least I thought so in 2008.  I can’t find the painting now.  Anybody recognize a work underneath Banksy’s re-imagining?  Let us know in comments, eh?  Perhaps this one, by David Roberts?  Perhaps this engraving after Joseph M. W. Turner?  Turner’s original? Plus, in 2008, most people said “Banksy who?”

My heart breaks. These monsters think they're Christians. #JusticeforJakelin pic.twitter.com/FLwRKucX8w

Phys.org caption: The American robin, a familiar species across much of continental USA, has declined in some southern states such as Mississippi and Louisiana, but increased in north-central states, such as the Dakotas. Credit: US Fish & Wildlife Service Read more at: http://phys.org/news/2016-03-strong-effects-climate-common-bird.html#jCp

Most serious birdwatchers can tell you about global warming and climate change, just from watching the birds at their feeders, and when those birds migrate.

Now comes a study to confirm with data and controlled observation what the birders have been saying all along. Phys.org reported:

Scientists have shown for the first time that common bird populations are responding to climate change in a similar pronounced way in both Europe and the USA.

An international team of researchers led by Durham University, UK, found that populations of bird species expected to do well due to climate change had substantially outperformed those expected to do badly over a 30 year period from 1980 to 2010.

The research, conducted in collaboration with the RSPB and the United States Geological Survey (USGS), is published in the journal Science.

It is the first real demonstration that climate is having a similar, large-scale influence on the abundance of common birds in widely separated parts of the world, the researchers said.

Among the species showing pronounced effects of climate change are common woodland and garden birds such as the wren, in Europe, and the American robin in the USA.

Biologists especially work to predict effects of warming on plants and animals, both to help plan changes in activities such as farming and hunting, and to protect species that are endangered now, or are likely to become so due to changing climate factors.

This study shows scientists can predict with accuracy some of the wildlife effects.

These changes are consistent with changing climate suitability within those areas, the researchers said.

Other factors, such as the size of the birds, the habitats they live in and their migratory behaviour, all affect bird populations, but did not differ systematically between groups advantaged or disadvantaged by climate change.

Therefore, only climate change could explain the differences between average population trends in advantaged and disadvantaged groups, the researchers said.

The study’s lead authors, Dr Stephen Willis and Dr Philip Stephens, of Durham University’s School of Biological and Biomedical Sciences, said the findings showed there was a large-scale, consistent response by bird populations to climate change on two continents.

The study was published in the April 1, 2016 issue of Science, “Consistent response of bird populations to climate change on two continents.”

Tip of the old scrub brush to Svein T veitdal:

Strong effects of climate change on common bird populations in both Europe and US https://t.co/idn6iJ8kN9 pic.twitter.com/JRr76TPzSU

How kids get to school: Special refugee edition, Balkans

A modest departure from the occasional series on how kids get to school, and the classrooms they get to. Perhaps more accurately, it’s a series on the struggles children face to get to school.

This young boy is not on his way to school, technically; he’s trying to get to a place where there is a school to which he can safely get.

What will be the results of the education this child gets?

Does anyone know more about this boy? Where is he today?

Are birds smarter than Columbus?

Another great find on Twitter, for geography, biology and physics classes.

How do birds navigate, compared to, say, Columbus? Most U.S. history texts make a big deal of Columbus’s navigation, made possible by invention of the magnetic compass and the sextant.

Birds are more accurate, and they have neither. Well, they don’t have external magnetic compasses. See the cartoon. 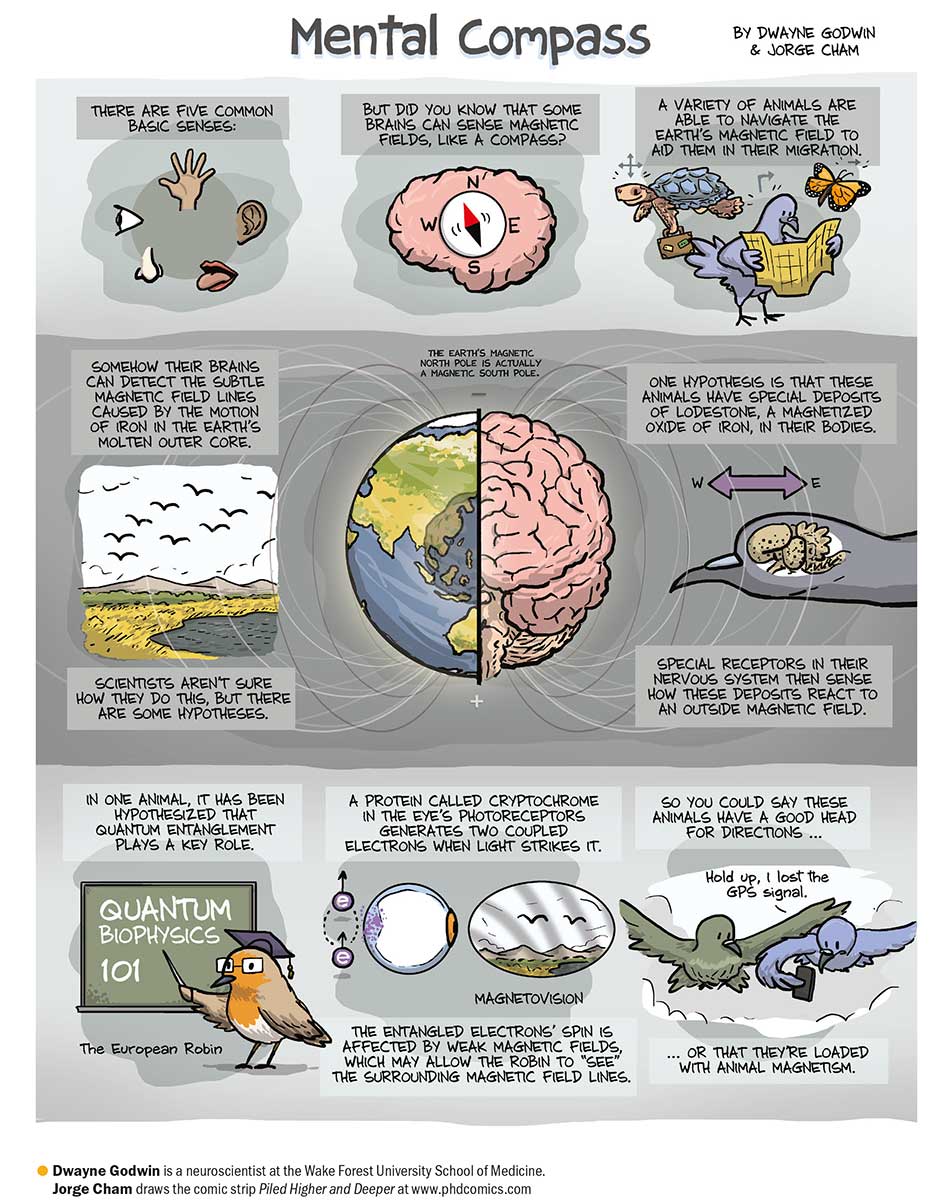 Neuroscientist and cartoonist team up to talk about birds “seeing” magnetic lines of the Earth! Information from Dwayne Godwin at Wake Forest University School of Medicine, with drawings by Jorge Cham, who draws Piled Higher and Deeper.

Teachers, have someone in the drafting department make this cartoon into a poster for your classroom.

As usual, the truth is more weird and wonderful than fiction writers could hope to invent.