God we trust, to Girard we owe 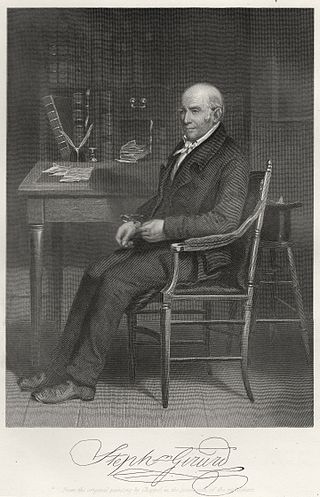 I mean, you can’t really make stuff like this up.

To be sure, the humor is quite Santayanaesque — if you don’t know the history, you won’t see the irony.

President Bush issued a proclamation noting the 50th anniversary of one of our national mottoes, “In God We Trust.” No big deal, these presidential proclamations. Note the occasion, say it’s worth commemorating, urge citizens to commemorate it “appropriately.”

Somebody in the White House communications commissariat decided to dress it up a little, add some history — you know, pad the proclamation to please the partisan pundits. What better thing to mention than, say, the “Star-Spangled Banner,” our national anthem, which has a line in it, “in God is our trust?”

Here is the proclamation, in full:

For Immediate Release
Office of the Press Secretary
July 27, 2006

50th Anniversary of Our National Motto, “In God We Trust,” 2006
A Proclamation by the President of the United States of America

On the 50th anniversary of our national motto, “In God We Trust,” we reflect on these words that guide millions of Americans, recognize the blessings of the Creator, and offer our thanks for His great gift of liberty.

From its earliest days, the United States has been a Nation of faith. During the War of 1812, as the morning light revealed that the battle torn American flag still flew above Fort McHenry, Francis Scott Key penned, “And this be our motto: ‘In God is our trust!'” His poem became our National Anthem, reminding generations of Americans to “Praise the Power that hath made and preserved us a nation.” On July 30, 1956, President Dwight Eisenhower signed the law officially establishing “In God We Trust” as our national motto.

Today, our country stands strong as a beacon of religious freedom. Our citizens, whatever their faith or background, worship freely and millions answer the universal call to love their neighbor and serve a cause greater than self.

As we commemorate the 50th anniversary of our national motto and remember with thanksgiving God’s mercies throughout our history, we recognize a divine plan that stands above all human plans and continue to seek His will.

NOW, THEREFORE, I, GEORGE W. BUSH, President of the United States of America, do hereby proclaim July 30, 2006, as the 50th Anniversary of our National Motto, “In God We Trust.” I call upon the people of the United States to observe this day with appropriate programs, ceremonies, and activities.

IN WITNESS WHEREOF, I have hereunto set my hand this twenty-seventh day of July, in the year of our Lord two thousand six, and of the Independence of the United States of America the two hundred and thirty-first.

The Paul Harvey Twist (that is, the “rest of the story”): Francis Scott Key wrote the words to the anthem at the British bombardment of Fort McHenry in Baltimore Harbor, in 1814, just after the British had taken and burned Washington, the nation’s capital. On our side of the Atlantic, we call this second fight for freedom against the British, The War of 1812.

The price of freedom is eternal vigilance, some note. Sometimes we have to go to war to defend our freedom. Wars cost money. The collapse of the Soviet Union ending the Cold War is at least partially credited to the Soviet Union’s being unable to afford the cost of the arms race against the west, for example. Run out of money, run out of sovereignty.

In the War of 1812, had the U.S. run out of money, the U.S. could have become again the colony of Great Britain. Free no longer.

And, in fact, the U.S. Treasury was depleted by 1813. In the depths of the war, business was down — imports and exports were greatly reduced, and because the operation of the government depended chiefly on tariffs, this lack of financing crippled the war effort (this was before income taxes, of course).

Then as now, among the richest people in the world were shipping magnates, and the richest of the rich of 1813 was a man in Philadelphia named Stephen Girard. Girard had landed in Philadelphia in 1776 as a young man, from France. One might say he was a religious refugee, France having outlawed his particular type of “faith” — and finding the religious freedom he longed for in Philadelphia, he stayed. He adopted the ways of the young United States, and eventually grew rich off of shipping.

In order to defend his religious freedom, when his nation ran out of money in the War of 1812, Girard stepped in to provide the financing for the second war of freedom — out of his own pocket. It was supposed to be a loan for $8 million, but things being what they were in collecting taxes after the war, much of it turned out to be a donation. Girard didn’t mind much. His financial backing had preserved the freedom of the United States of America, and that pleased him a lot. And he still had a lot of money.

What religion did he practice that France didn’t allow, but the U.S. did? Why did Girard seek religious freedom in America? Girard was atheist.

In fact his atheism became a key issue in a famous Supreme Court case years later, when his will was contested by family in France. WhenGirard died he left most of his fortune to establish a school for orphans in Philadelphia, on the condition that no clergymen be allowed on campus. Money-grubbing relatives in France contested the will, and their defense came down to their claim that, in a Christian nation, no will by an atheist, demanding a wholly secular school, could possibly be valid. They appealed all the way to the Supreme Court, where their lawyer was Daniel Webster, the best in America (and himself subject to a bit of mythology from time to time). Webster argued that Christianity was part of American common law, and that the will ran counter to the aims of the founders and the law of the nation. It was, by most accounts, quite a defense of the Christian origins of the country. (See Vidal et al. v. Girard’s Executors, 2 How. 127, 198)

Webster lost. The Supreme Court said the will of the atheist would stand, that there is nothing in common law or statute to suggest that the U.S. has religious rules that prevent atheists from being full citizens. Girard College still educates kids in Philadelphia today.

Neither George Bush nor his speech and proclamation writers graduated from Girard College, I’ll wager.

And so, to commemorate the Cold War adoption of a motto to stand against the godless Communists, “In God We Trust,” George Bush tells about the war for freedom won for the U.S. by the godless patriot, Stephen Girard. And now you know the Rest of the Story.

For our freedom, we thank you, Stephen Girard.

This entry was posted on Saturday, August 12th, 2006 at 5:01 am and is filed under 4th of July, Accuracy, Current History, First Amendment, Freedom - Political, History, Public education. You can follow any responses to this entry through the RSS 2.0 feed. You can leave a response, or trackback from your own site.

3 Responses to God we trust, to Girard we owe