I love Thomas Nast cartoons, partly for their dated look. They look like they are 100 years old from the style of the art.

For much the same reason, I love Herblock cartoons. They look like the middle of the 20th century. And Pat Oliphant cartoons look like post-Kennedy modern ideas. 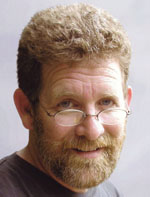 Clay Bennett cartoons look like 21st century clean to me. There’s a smoothness, a silkiness of color that lends an immediacy to them. They really look good, and they look like they’d project well in a classroom (though I’ve not tried any of Bennett’s, actually).

All four of these cartoonists had or has something to say, too. I’ve enjoyed Bennett’s work in the Christian Science Monitor for some time. His work is clean, but it has a cutting edge that can’t be missed.

So, I was happy to see that he had won a commendation from the Ranan Lurie Cartoon Competition at the UN Correspondents’ Association dinner. Other people see good stuff in his drawings — I’m not alone.

More of Bennett’s cartoons can be seen here, at the Clay Bennett Archives.

Bennett’s last cartoon in the Monitor was November 17.  The good news:  He’s moving to the Chattanooga Times-Free Press.  We can hope that means one more opening is available for a cartoonist.

One more, below the fold.

Here’s a high-impact Bennett cartoon. I’m not sure of the original date, but it’s at least two years old, and probably four or five, done during one of the creationism eruptions prior to the Dover, Pennsylvania, trial.

This entry was posted on Thursday, December 13th, 2007 at 3:46 pm and is filed under Cartoons, Climate change, climate_change, Global warming, Political cartoons, Politics. You can follow any responses to this entry through the RSS 2.0 feed. You can leave a response, or trackback from your own site.