EPA at 40: Director Jackson claims too much?

She’s come under fire from some quarters, including especially the Home for Unwed Crabs,  for overstating the case.  Did she? 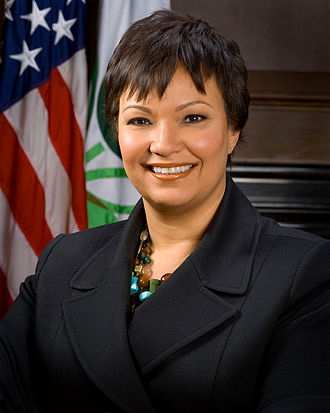 Or is this one more case of using environmentalists as scapegoats by the hard right, and other know-nothings and know-not-enoughs?

Jackson’s piece makes mild defense of a great idea in government, I think.  To me, the critics appear hysterical in comparison.

In tracking this down, I discovered that Matt Ridley had been given some really bum information about Rachel Carson, DDT and malaria, which appears in his new book, The Rational Optimist. To his credit, Ridley made a quick correction of the grossest distortions.  He defends the premises, still, however, which I find troubling. There may be subject for a later comment.

Disinformation is insidious.  Claims against the accuracy and reputation of Rachel Carson follow the stories of Millard Fillmore’s bathtub, but with darker, malignant intent.

Forty years ago today, the U.S. Environmental Protection Agency opened its doors, beginning a history of improvements to our health and environment. We reach this milestone exactly one month after the midterm elections strengthened the influence of groups and individuals who threaten to roll back the EPA’s efforts.

Last month’s elections were not a vote for dirtier air or more pollution in our water. No one was sent to Congress with a mandate to increase health threats to our children or return us to the era before the EPA’s existence when, for example, nearly every meal in America contained elements of pesticides linked to nerve damage, cancer and sometimes death. In Los Angeles, smog-thick air was a daily fact of life, while in New York 21,000 tons of toxic waste awaited discovery beneath the small community of Love Canal. Six months before the EPA’s creation, flames erupted from pollution coating the surface of Cleveland’s Cuyahoga River, nearly reaching high enough to destroy two rail bridges.

These are issues that are above politics. The last 40 years have seen hard-won advances supported by both sides of the aisle, and today the EPA plays an essential role in our everyday lives. When you turn on the shower or make a cup of coffee, the water you use is protected from industrial pollution and untreated sewage. In fact, drinking water in Cleveland was recently shown to be cleaner than a premium brand of bottled water. You can drive your car or catch a bus without breathing dangerous lead pollution. At lunch, would you prefer your food with more, or less, protection from pesticides?

The most common arguments against these protections are economic, especially as we continue to recover from the worst downturn since the Great Depression. Fortunately, the last 40 years show no evidence that environmental protection hinders economic growth. Neither the recent crisis nor any other period of economic turmoil was caused by environmental protection. In fact, a clean environment strengthens our economy.

Special interests have spent millions of dollars making the case that we must choose the economy or the environment, attacking everything from removing lead in gasoline to cleaning up acid rain. They have consistently exaggerated the cost and scope of EPA actions, and in 40 years their predictions have not come true.

We have seen GDP grow by 207% since 1970, and America remains the proud home of storied companies that continue to create opportunities. Instead of cutting productivity, we’ve cut pollution while the number of American cars, buildings and power plants has increased. Alleged “job-killing” regulations have, according to the Commerce Department, sparked a homegrown environmental protection industry that employs more than 1.5 million Americans.

Even in these challenging times, the EPA has been part of the solution, using Recovery Act investments in water infrastructure, clean-diesel innovation and other projects to create jobs and prepare communities for more growth in the years ahead.

The EPA’s efforts thrive on American ingenuity and entrepreneurship. Holding polluters accountable sparks innovations like the Engelhard Corporation’s catalytic converter, which pioneered the reduction of toxic emissions from internal combustion engines, and DuPont’s replacements for chlorofluorocarbons (CFCs), which protected the ozone layer while turning a profit for the company. One executive told me that the EPA’s recent standards for greenhouse gas emissions from cars will help create hundreds of jobs in a state where his company operates—a state whose U.S. senators have both opposed the EPA’s authority to regulate greenhouse gases.

These attacks are aimed at the EPA, but their impacts are felt by all Americans. Pollutants like mercury, smog and soot are neurotoxins and killers that cause developmental problems and asthma in kids, and heart attacks in adults. We will not strengthen our economy by exposing our communities and our workers to more pollution.

In these politically charged times, we urge Congress and the American people to focus on results from common-sense policies, not inaccurate doomsday speculations. That is how we can confront our nation’s economic and environmental challenges and lay a foundation for the next 40 years and beyond.

Ms. Jackson is administrator of the Environmental Protection Agency.

This entry was posted on Saturday, December 18th, 2010 at 2:03 pm and is filed under DDT, denialism, Economics, Environmental protection, Government, History, Malaria, pollution, Rachel Carson. You can follow any responses to this entry through the RSS 2.0 feed. You can leave a response, or trackback from your own site.

11 Responses to EPA at 40: Director Jackson claims too much?