Encore quote of the moment: Wolfgang Pauli, “not even wrong”

Talking about Tea Party and Republican economics in the next few months?  You’ll need to have Wolfgang Pauli’s wisdom at your fingertips: 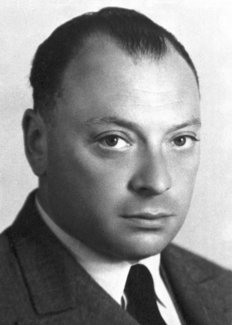 That’s not right. It’s not even wrong.

Peierls (1960) writes of Pauli, “… a friend showed him the paper of a young physicist which he suspected was not of great value but on which he wanted Pauli’s views. Pauli remarked sadly ‘That’s not right. It’s not even wrong'”. (Peierls R (1960). “Wolfgang Ernst Pauli, 1900-1958”. Biographical memoirs of fellows of the Royal Society 5: 174-92. Royal Society (Great Britain))

This entry was posted on Friday, August 5th, 2011 at 9:57 pm and is filed under Accuracy, Famous quotes, History, Physics, Quotes, Science. You can follow any responses to this entry through the RSS 2.0 feed. You can leave a response, or trackback from your own site.

3 Responses to Encore quote of the moment: Wolfgang Pauli, “not even wrong”