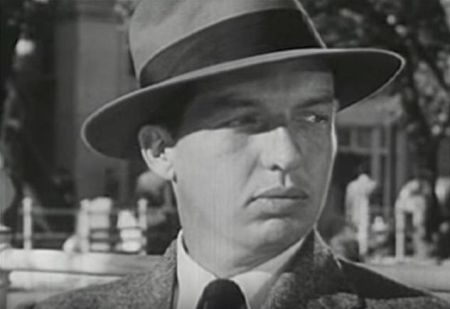 “Mike is learning his lesson.” Still shot from the 1947 U.S. government film, “Don’t Be a Sucker,” intended to encourage Americans to be inclusive to avoid the divisions and disaster that afflicted Nazi Germany. Vox.com image

If only the Republican Party still subscribed to these all-American, egalitarian values  . . .  A few sources say the film was intended to be an anti-racism film after the desegregation of the U.S. armed forces by President Harry Truman, and was not intended for general public viewing.  (Is it fair to say this is secret stuff?)  The Internet Movie DataBase (IMDB) said the film was made in 1943, and reissued by the Defense Department later; good movies stay fresh:

Financed and produced by the United States War Department, and shot at the Warners [Bros.] studio, although it was distributed through all of the major studios’ film exchanges and also by National Screen Services free to the theatre exhibitors: A young, healthy American Free Mason is taken in by the message of a soap-box orator who asserts that all good jobs in the United States are being taken by the so-called minorities, domestic and foreign. He falls into a conversation with a refugee professor who tells him of the pattern of events that brought Hitler to power in Germany and how Germany’s anti-democratic groups split the country into helpless minorities, each hating the other. The professor concludes by pointing out that America is composed of many minorities, but all are united as Americans. (Reissued in 1946 following the end of World War II.) (Written by Les Adams)

This entry was posted on Sunday, January 22nd, 2012 at 2:45 pm and is filed under 1941-1945, Freedom - Political, Germany, Politics, Propaganda, World War II. You can follow any responses to this entry through the RSS 2.0 feed. You can leave a response, or trackback from your own site.