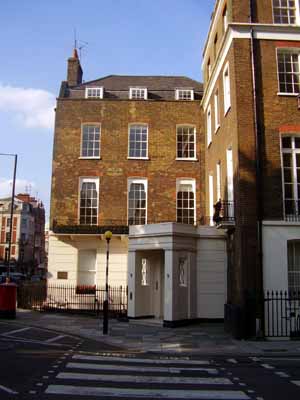 Time Piece, Jim Henson on life and its brevity, circa 1965

Dr. Bumsted found this in her searches, on MySpace of all places, and passed it along for its use of typewriters . . .

Heck, it’s a nice little piece of art all on its own.  It’s fun to watch Jim Henson without any muppets.  It’s eerie, too — Henson argues in film that time is rather precious, and life often too short.  His time was precious, and his life was cut way too short, especially for fans of Kermit and The Muppet Show.

This description comes from the MySpace site of “Charlie,” where Dr. Bumsted found it.

Dislocation in time, time signatures, time as a philosophical concept, and slavery to time are some of the themes touched upon in this nine-minute, experimental film, which was written, directed, and produced by Jim Henson-and starred Jim Henson! Screened for the first time at the Museum of Modern Art in May of 1965, Time Piece enjoyed an eighteen-month run at one Manhattan movie theater and was nominated for an Academy Award for outstanding short subject.

The full film can be obtained from iTunes, now — in better fidelity, I’d imagine.

From Jim Henson’s 1966 Academy Award nominated short film.  Henson, as the writer/producer/director/star, created the experimental short about the effect of time keeping on us all.  The full video is available on iTunes here:  http://itunes.apple.com/us/movie/time-piece/id283450519?ign-mpt=uo%3D4