When students claim to find fantastic conjunctions of dates that they claim show worldwide conspiracies, sometimes centuries in existence, I point them to the internet to find what happened on that date (whatever date it is) and note coincidences “a suspicious mind” might find compelling.

Almost every date on the calendar produces astonishing coincidences. But that’s all they are.

Right? It’s not as if there are such conspiracies, or that the gods conspire to send us messages by making momentous things occur on the same day, right?

January 30 is a momentous date, according to the AP list of events that occurred on this day.
A suspicious mind might reel at these coincidences.

Beginning: Franklin Roosevelt, the only president of the U.S. to break the tradition of getting elected to two terms only, was born on January 30, 1882,  in Hyde Park, New York.  (Both Ulysses Grant and his cousin, Theodore Roosevelt, had tried to break the two-term tradition  before.)  Roosevelt served at the 32nd president, winning election in 1932, 1936, 1940, and 1944.  During his first term the date of presidential inaugurations was moved from March 21 to January 21, partly in appreciation for the period of time the nation drifted seemingly deeper into depression between Roosevelt’s election in November 1932 and his inauguration in March 1933.  Roosevelt contracted polio in 1921, won election as New York’s governor in 1928, and then won the 1932 presidential race.  His death on April 12, 1945, pushed Harry Truman into the presidency for three years before he had to face the electorate.

End of the beginning: On January 30, 1933, Adolf Hitler took office as chancellor of Germany.  A World War I veteran, Hitler had spent time in prison for trying to overthrow the government. Hitler was seven years younger than FDR, but their careers occasionally coincided on key years.  Hitler’s assuming power in January 1933 gave him a two-month jump on FDR; at the time, few people, if anyone noticed the coincidental rise, nor could see the significance of the events of the year.  According to The History Place:

Germany was a nation that in its history had little experience or interest in democracy. In January 1933, Adolf Hitler took the reins of a 14-year-old German democratic republic which in the minds of many had long outlived its usefulness. By this time, the economic pressures of the Great Depression combined with the indecisive, self-serving nature of its elected politicians had brought government in Germany to a complete standstill. The people were without jobs, without food, quite afraid and desperate for relief.

Now, the man who had spent his entire political career denouncing and attempting to destroy the Republic, was its leader. Around noon on January 30th, Hitler was sworn in.

Democratic-based government in Germany was doomed for the foreseeable future.  Few foresaw that. 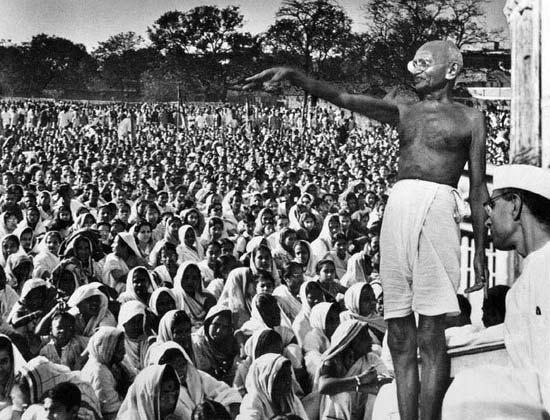 An end: Hindu extremist Nathuram Godse shot and killed Mohandas K. Gandhi in India, on January 30, 1948.  Gandhi was known as “Mahatma,” which means “Great Soul.”  Gandhi campaigned for India’s independence and end of British colonial rule for most of the 1920s, including a period of time in prison for subversive activities.  Gandhi’s great contribution to political change is the massive use of non-violent, non-cooperation.  Non-violent tactics tend to highlight the moral positions of groups in conflict, and make the non-violent side appear to have the stronger case.  Such tactics expose hypocrisy and despotic government rules.  Though he resigned from his political party in 1934, Gandhi remained a key icon of the drive for India’s independence.  When violence broke out over the Mountbatten plan to grant independence in 1947, creating two nations of Pakistan and India divided along religious, Gandhi again appealed for peace, but became the most famous victim of the religious violence that still roils the region today.  Committed to peace and non-violence, Gandhi himself did not ever win the Nobel Peace Prize, perhaps because his life was cut short.  His work inspired other Nobel Peace laureates, including the Rev. Dr. Martin Luther King, Jr. (1964), the Dalai Lama (1989), Aung San Suu Kyi (1991), Nelson Mandela (with Frederik Willem deKlerk, 1993), and U.S. President Barack Obama (2009).

On January 30, 2011, when I first noted these coincidences here, much of the world held its breath, watching events in North Africa, including especially Tunisia and Egypt.  I wondered, which of these traditions would that day follow, to peace, or toward war?

On January 30, 2017, the installation of Hitler and the Tet Offensive remind us of hubris of world leaders and really bad decisions that can have disastrous results, soon, and for a long time after.

Coincidence? What do you think?

2 Responses to January 30: A beginning, beginning of the end, end of the beginning, end