Fly your flag, a Valentine for Oregon and Arizona

From the Sons and Daughters of Oregon Pioneers: A Stamp printed in 1959 for the Oregon Centennial shows a covered Wagon and Mount Hood Oregon

Flags are flying in Oregon and Arizona on Valentine’s Day 2018?

It’s statehood day in both of those states.

Legally, nothing stops a resident from flying the U.S. flag following protocol on any day.  Yes, you may fly your U.S. flag on Valentine’s Day.

The Flag Code urges flying the flag on the day a state achieved statehood, too.

For Oregon and Arizona, there is an expectation that residents will fly their flags.  Oregon came into the union on February 14, 1859; Arizona joined the Republic as a state in 1912.

President William Howard Taft signed the papers accepting Arizona into statehood, on February 14, 1912. He still finished third behind Democrat Woodrow Wilson and Bullmoose Party’s Teddy Roosevelt in that fall’s elections. Photo found at Mrs. Convir’s page, Balboa Magnet School  (Can you identify others in the photo?  Who is the young man?) 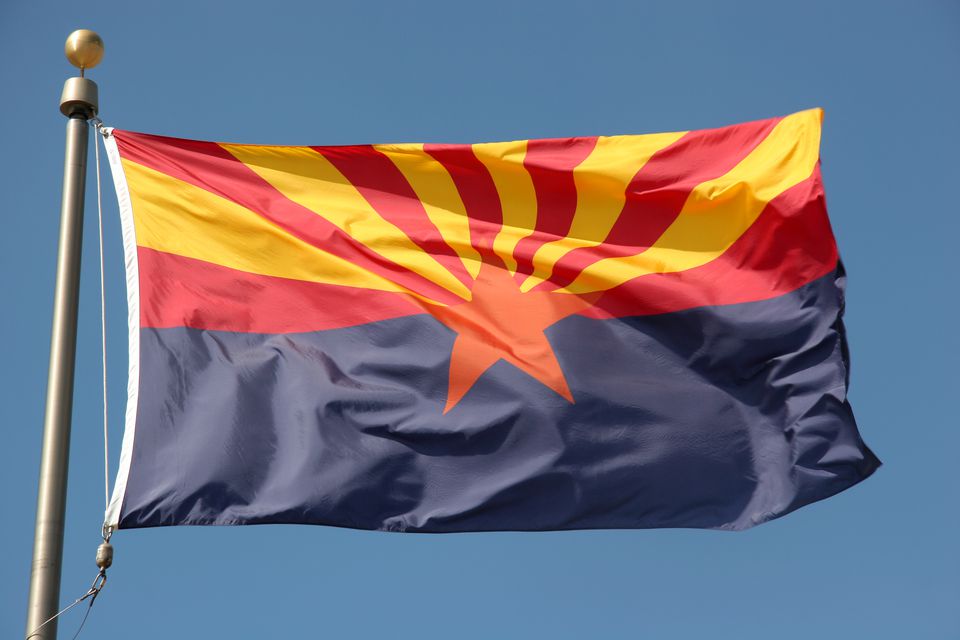 Some of this material was borrowed, with express permission, from last year’s post at Millard Fillmore’s Bathtub.

This entry was posted on Wednesday, February 14th, 2018 at 12:30 pm and is filed under Flag etiquette, Fly your flag today, History, Statehood. You can follow any responses to this entry through the RSS 2.0 feed. You can leave a response, or trackback from your own site.