Interesting Tweets from an organization in France, Les Amis de la Maison James Baldwin (The Friends of the House of James Baldwin), showing off his collection of records. They are recordings of music, on vinyl. Baldwin died in 1987, when it was still possible to avoid music on compact discs.

I love our old vinyl records. They have great works of art on the covers, often, and they have real notes in a readable font. We turned to CDs when some releases stopped coming on vinyl, after 1987.

Now it’s difficult to get CDs, and the tech magazines talk about the death of medium.

But in this short series of Tweets, more photos than words, Les Amis de la Maison James Baldwin take us back into his mind and art, and give us a glimpse of what could have been a wonderful time, sitting in his home in Paris, listening to great music on his record player — stereo I presume, though there is no information on what equipment he had.

He played some of it loud. 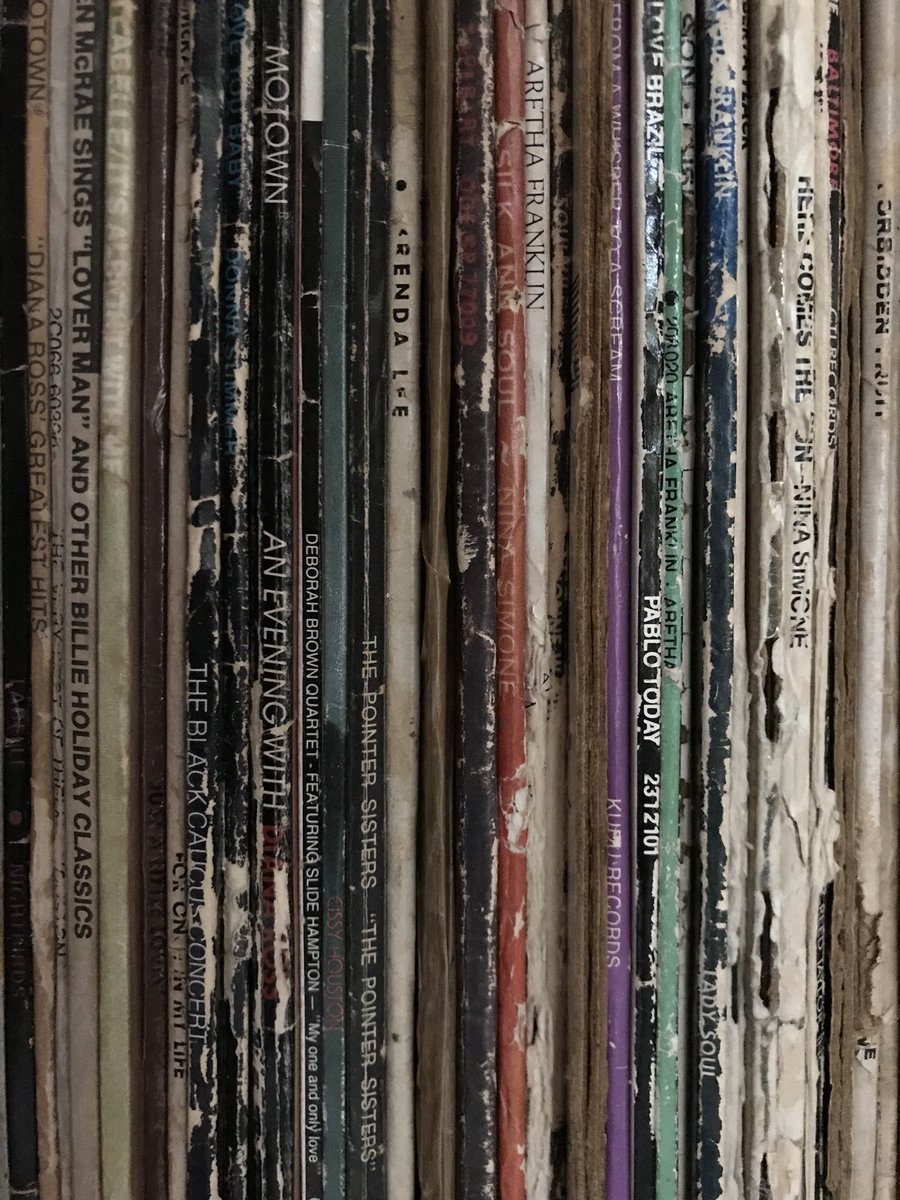 A photo of the vinyl record albums of James Baldwin, from the group that takes care of his home in Paris.

Diana Ross, Carmen McRae, Patti Labelle, more Carmen McRae, more Diana Ross, Donna Summer. Brenda Lee, Nina Simone and more Nina Simone. The Pointer Sisters. Deborah Brown Quartet (bet you don’t have that one in your collection). Aretha Franklin, “Here Comes the Sun” by Nina Simone, and more Aretha. One of the jazz albums produced by Creed Taylor (you have some of that, certainly). “From a Whisper to a Scream;” Allen Toussaint?

It’s a great collection in that first photo. We might expect polemics from Baldwin, but the polemic comes only from the entire field of artists and material. It’s the art he collected, and that carries a deeper, more powerful message than any one song or one artist. 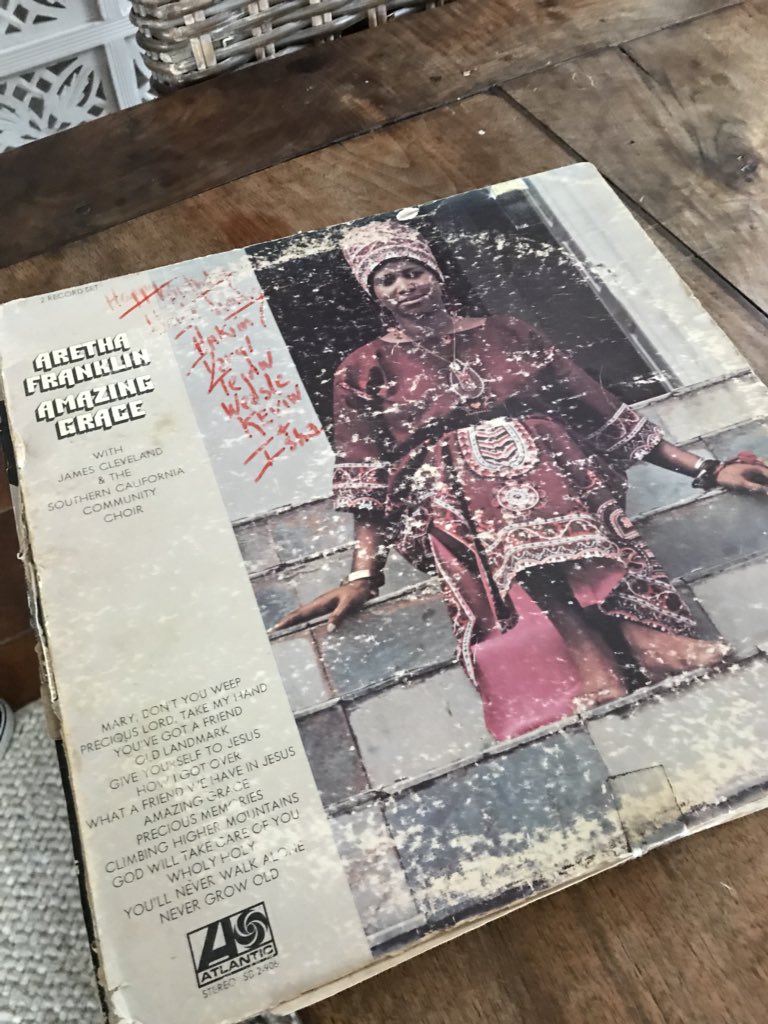 In the case of Aretha Franklin, “at volume” is a good thing, easily understandable. Heck, that’s true of every record in that collection. 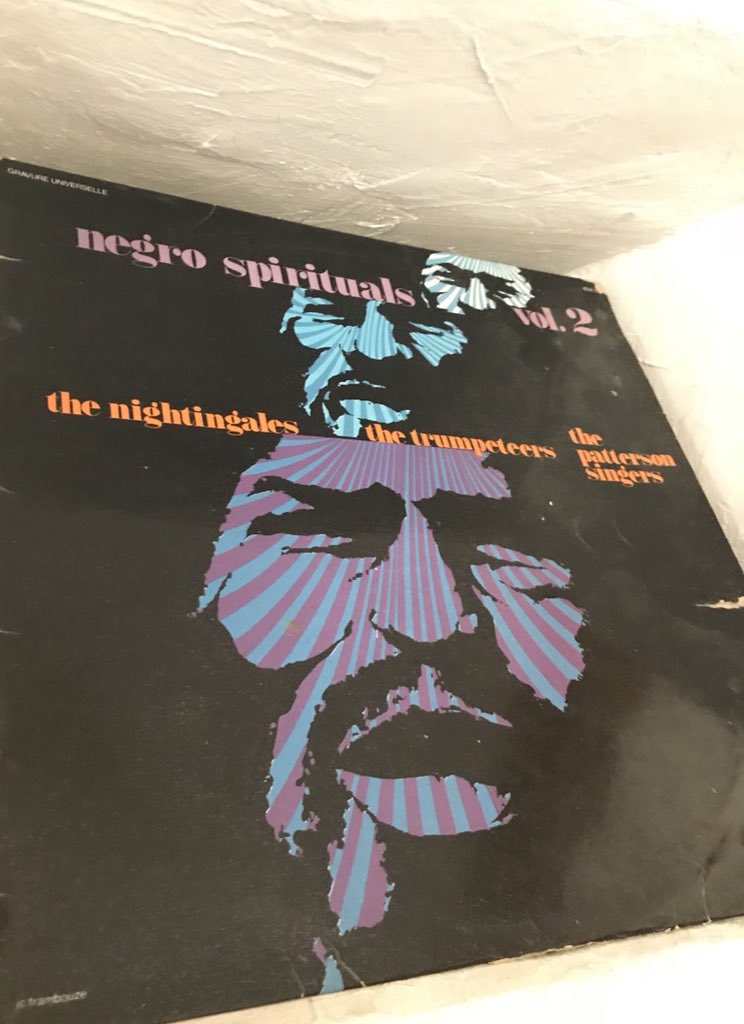 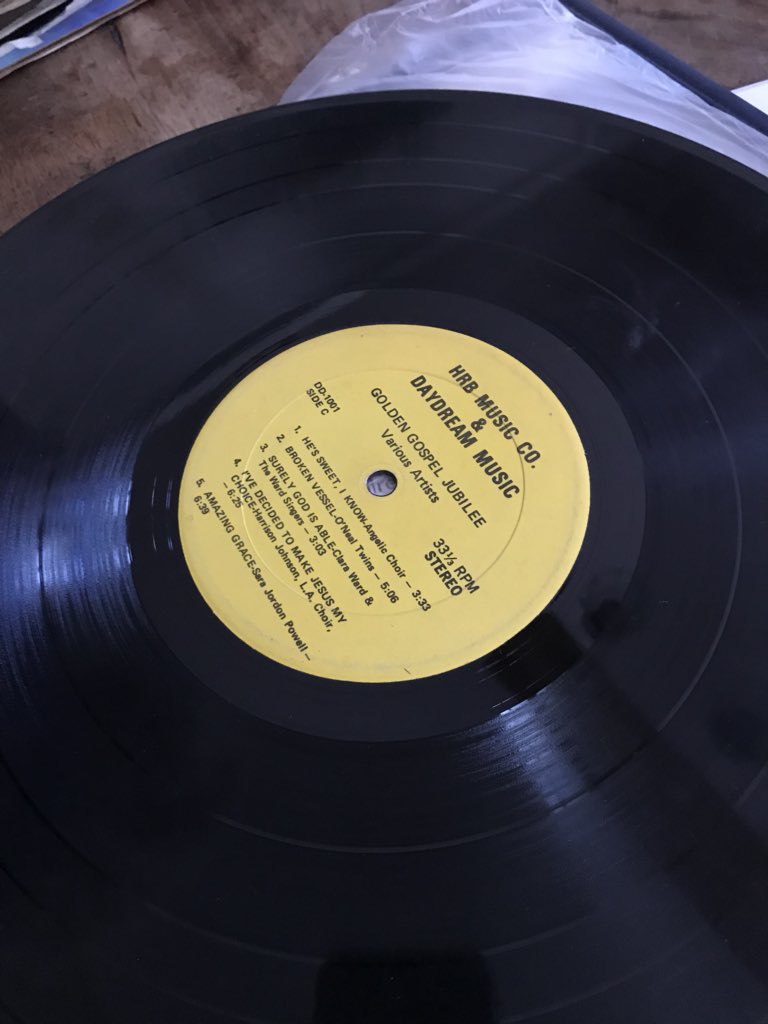 Study these titles and your day gets beautiful. Love from #SaintPauldeVence (end thread) pic.twitter.com/n4ttQ0ydTK

James Baldwin appears not to have had a very large collection of records in his home in France. But what he had, was great. A lot of artists are missing that we may wish Baldwin could have heard, and heard often in his own home. Perhaps he was just building up.

What a firm, great foundation.

This entry was posted on Thursday, March 15th, 2018 at 6:48 pm and is filed under History, Literature, Music. You can follow any responses to this entry through the RSS 2.0 feed. You can leave a response, or trackback from your own site.