Utah Lake in the cold 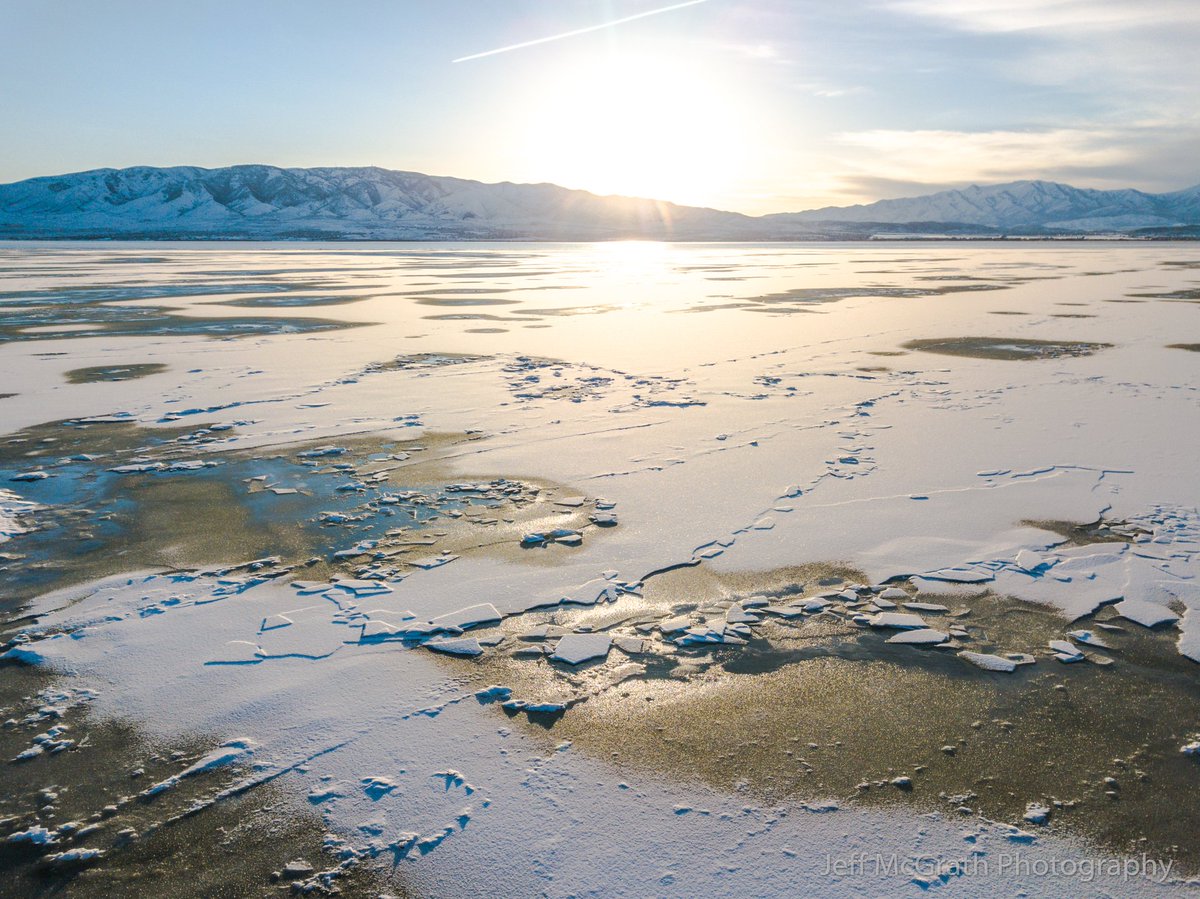 Jeff McGrath (@youtah) on Twitter: Utah Lake is just stunning right now. This was taken at the Northern End with my drone while flying for recreational fun. #utwx #dronephotography #recreationaldrone

Northern end of Utah Lake, near Lehi, probably near the old boat launch and harbor near where the old amusement park Saratoga was (now a town loaded with housing tracts).

My grandfather, Leo Stewart, Sr., came into the world 30 or so miles south, in Benjamin, Utah, named after a family patriarch of sorts, Benjamin Franklin Stewart. When he was very young, my grandfather said, they’d boat out a half-mile or so into the lake and look down into 20 feet of water, and pick the giant trout they’d want to hook. That was in the late 19th century, of course.

In that sorry time 30 years later, some fool introduced European carp into the area, for more game fish. Carp dig up the shallow bottom and muddy the water. In my youth along the lake you could never see more than six inches into the lake. Because it was so far from everything else important, a steel plant was built at Geneva, about midway between north and south ends of the lake, during World War II — in case the mills in California were bombed. U.S. Steel eventually ended up with the plant.

From our home on the Lake Bonneville bench, 800 feet or so above the lake, we could watch the steel mill’s pouring of slag at night, a little flow of artificial magma to light the sky and look cool. The mill also dumped chemicals into the water which further clouded the view.

Tip of the old scrub brush to Utah State Parks.

This entry was posted on Friday, April 6th, 2018 at 3:41 pm and is filed under Geography - Physical, History, photography, Utah. You can follow any responses to this entry through the RSS 2.0 feed. You can leave a response, or trackback from your own site.

2 Responses to Utah Lake in the cold