December 3 is the anniversary of the day Illnois was admitted to the union in 1818, the 21st state.

A U.S. flag flies in the Gold Coast neighborhood of Chicago, some time between 1980 and 2006. Part of Carol Highsmith’s collection of American photographs at the Library of Congress. 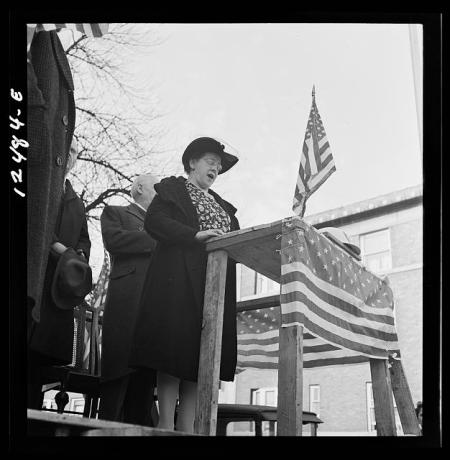 Next date for flying U.S. flags is a two-fer, December 7, for Pearl Harbor Remembrance Day, and for Delaware’s statehood. Delaware was the first colony to ratify the Constitution on that December day in 1787.

This entry was posted on Monday, December 3rd, 2018 at 2:34 pm and is filed under Flag etiquette, Fly your flag today, History, Statehood, U.S. Flag. You can follow any responses to this entry through the RSS 2.0 feed. You can leave a response, or trackback from your own site.