A “living flag” composed of 10,000 sailors, or “Blue Jackets at Salute,” by the Mayhart Studios, December 1917; image probably at the Great Lakes training facility of the Navy. Gawker media image 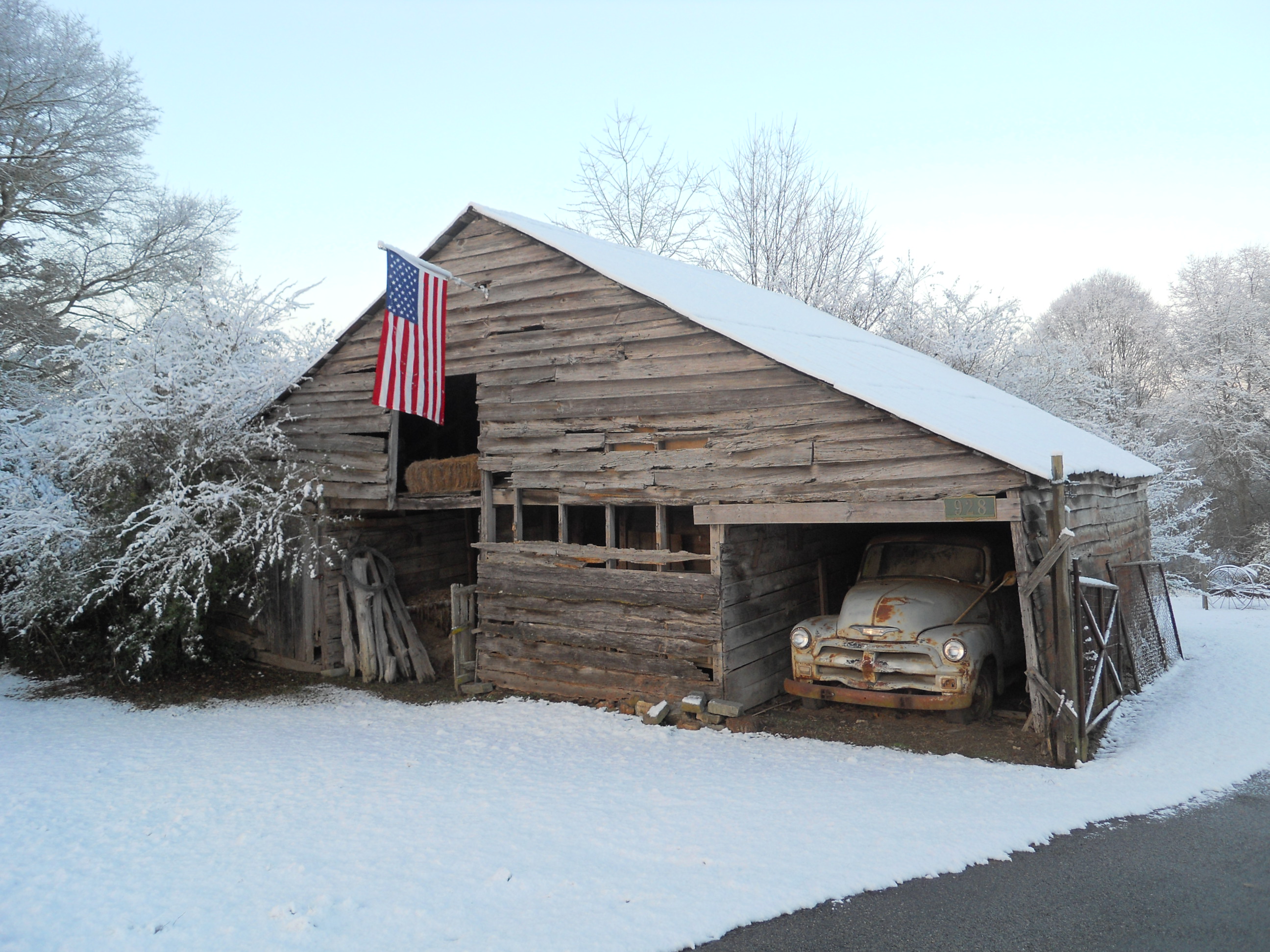 Appropriate to a snowy December. “The Barn on Grayson-New Hope Road. This barn with its old truck and ever-present American flag, is often the subject of photographs and paintings by the locals.” Photo and copyright by Melinda Anderson

This entry was posted on Thursday, December 5th, 2019 at 5:00 pm and is filed under Flag etiquette, Fly your flag today, History, Patriotism, U.S. Flag. You can follow any responses to this entry through the RSS 2.0 feed. You can leave a response, or trackback from your own site.

One Response to December 2019 flag-flying days