If you follow my Tweets, or if you watch what I post on Facebook, you may have noticed I frequently credit editorial cartoonists with telling the truth.  Cartoonists fill a critical need.  I admire their work.

That’s not strong enough.  I find that political cartoons offer truths, in quickly grokable form, that would remain hidden in news and commentary otherwise.

Why is that important?  Lampooning exposes crazy behaviors in our leaders, behaviors that if unchecked might lead a group to disaster.  Or a community.  Or a nation.  Or a planet.

Ancient sayings, properly and improperly attributed to various sources, over a period of 500 to 1,000 years point to the importance of lampooning in correcting actions of leaders and governments.  This version comes from a Sophocles play, Antigone (620-3):

For cunningly of old
was the celebrated saying revealed:
evil sometimes seems good
to a man whose mind
a god leads to destruction.

Lampooning helps, illustrating perhaps with laughter where the problem lies, though it also suggests that the chief perpetrators and promulgators of the craziness may be immune from such insights, whether through laughter or any other method.

If those lampooned genuinely cannot see the humor, a greater problem is exposed.  That’s the point. Expose the madness, lay it bare for all to see.  Sane people will work to help the insane, and avoid leading others into that madness.  Lampooning provides us a great tool to avoid disasters, if we would only look. Laughter is optional, if the message gets through.

Even insane leaders and groups understand this at some level. Mark Twain (Samuel Clemens) wrote about the value of ridicule of majestic error in his Notebook:

No god and no religion can survive ridicule. No church, no nobility, no royalty or other fraud, can face ridicule in a fair field and live.*

We got a sharp and painful reminder of these facts yesterday, when a group of gunmen, stung by ridicule from a French satire magazine, stormed that magazine’s offices and brutally gunned down a score of people, a dozen of whom died.  Their form of religious struggle appears insane to sane people, and when that is pointed out to them, they behave with more intense insanity.

To these gunman, whose existence alone is a blasphemous assault on the idea of peaceful religion, ridicule in publication was too much to take.  Rather than answer with other cartoons or parody, or serious thought in print, they attempted to change the playing field’s fairness.

In doing they exposed their critics as accurate and true. Those already crazed by the gods probably have no sense of irony left, either.

This morning comes the word that Charlie Hebdo will publish next week as scheduled.  Instead of the usual run of 113,000 copies, the first run will be more than a million, to meet greater demand. Stricken down by gunmen, Charlie Hebdo rises phoenix-like, with strength multiplied by more than ten.

We mourn the cartoonists and editors lost.  They are martyrs in the cause of freedom and peace, and especially in the “jihad” they engage in for freedom of expression, something that we know now is not a uniquely American virtue or necessity.

Throughout history memorable phrases heralded periods of great change, when people took a stand against tyranny and violence, and stood for freedom and peace.

Beyond Charlie Hebdo, the world’s cartoonists and editorialists storm traditional and electronic media with support for the cartoonists.  Here below are some examples, in no particular order.  What other cartoons or commentary have you seen that we all should see?

Andy Marlette, cartoonist for the Pensacola News-Journal borrowed the saying from the sticker that Woody Guthrie used on his guitar, “This Machine Kills Fascists”: 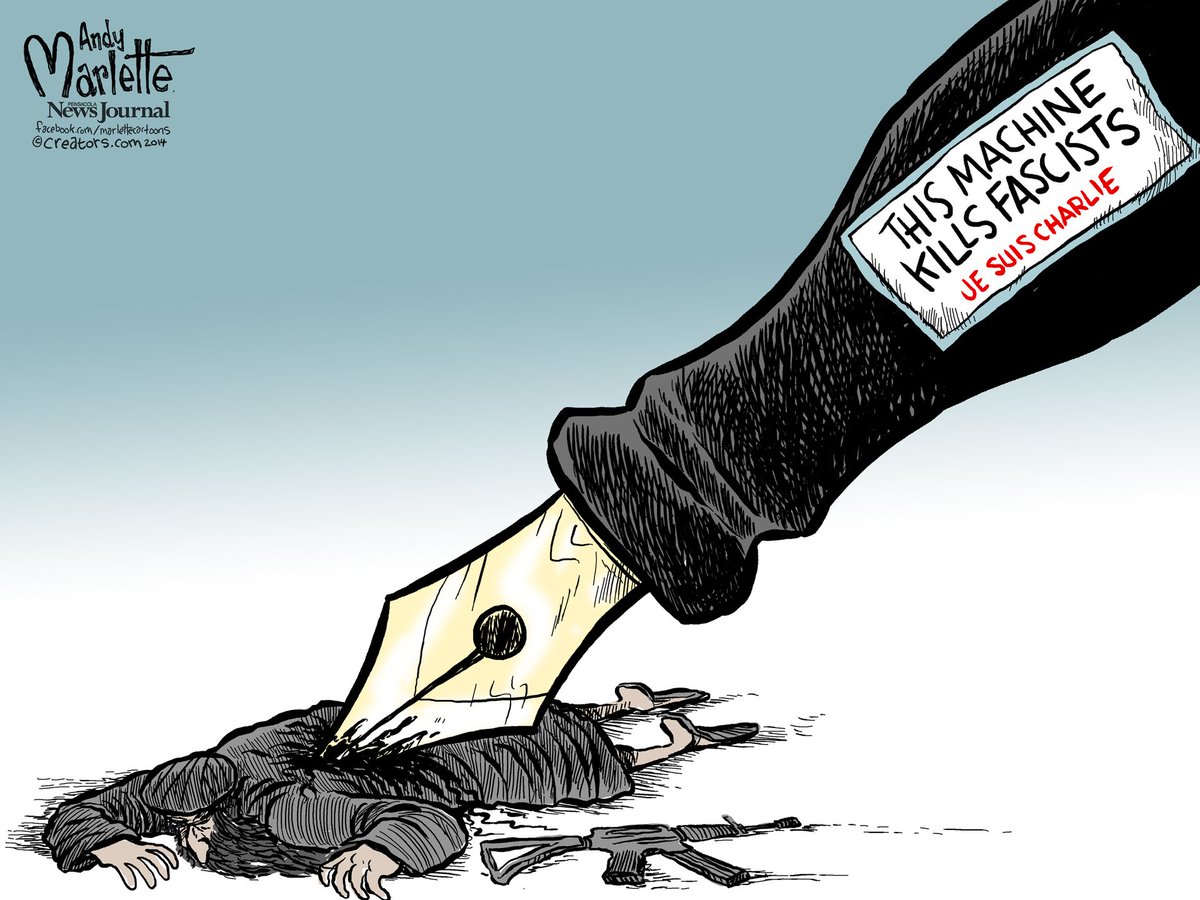 Pete Seeger borrowed Woody’s line, and painted on the drum head of his banjo, “This Machine Surrounds Hate and Forces It to Surrender.” Marlette also penned a piece for USA Today. 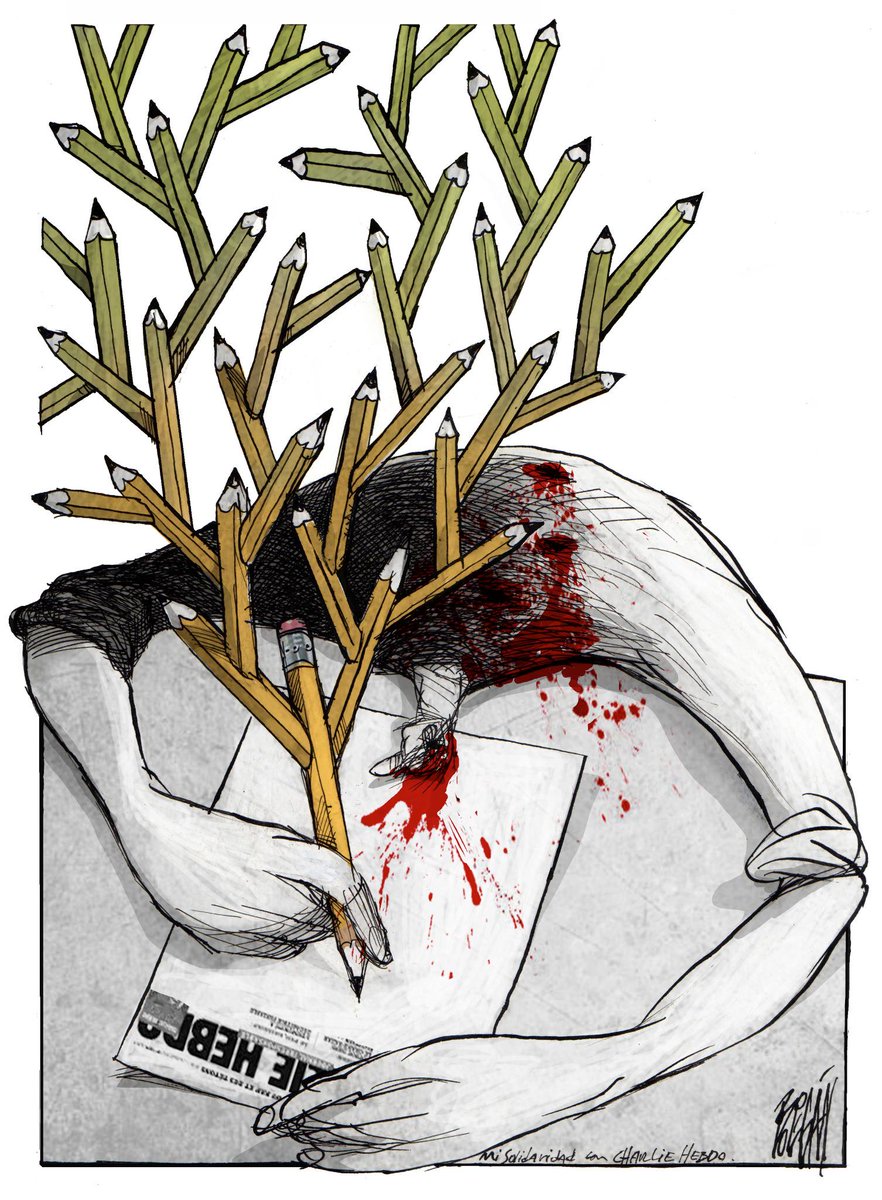 Nate Beeler in the Columbus Dispatch:

Nate Beeler’s cartoon on Charlie Hebdo, for the Columbus Dispatch 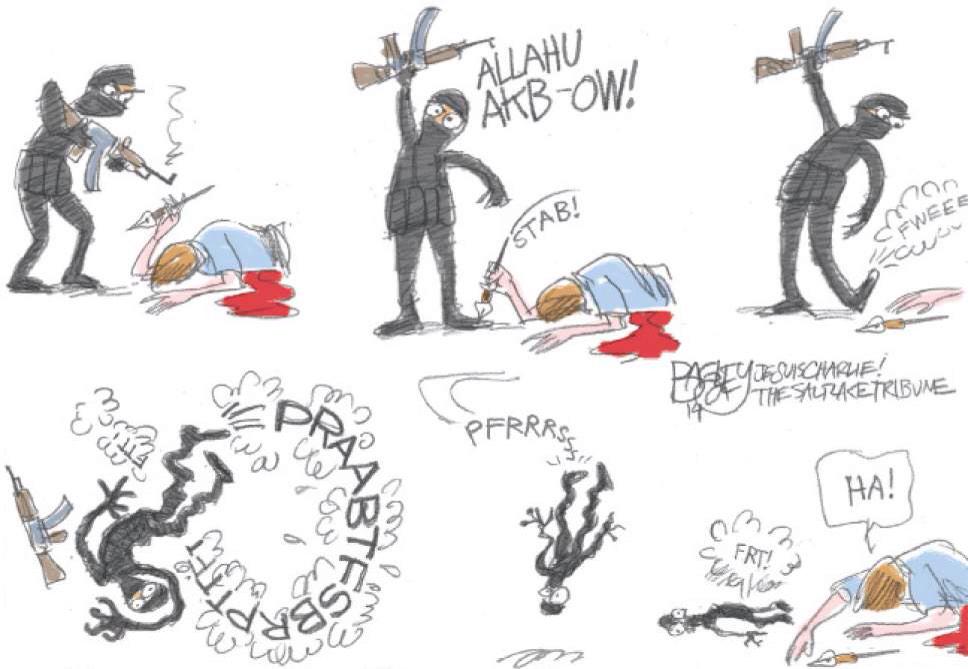 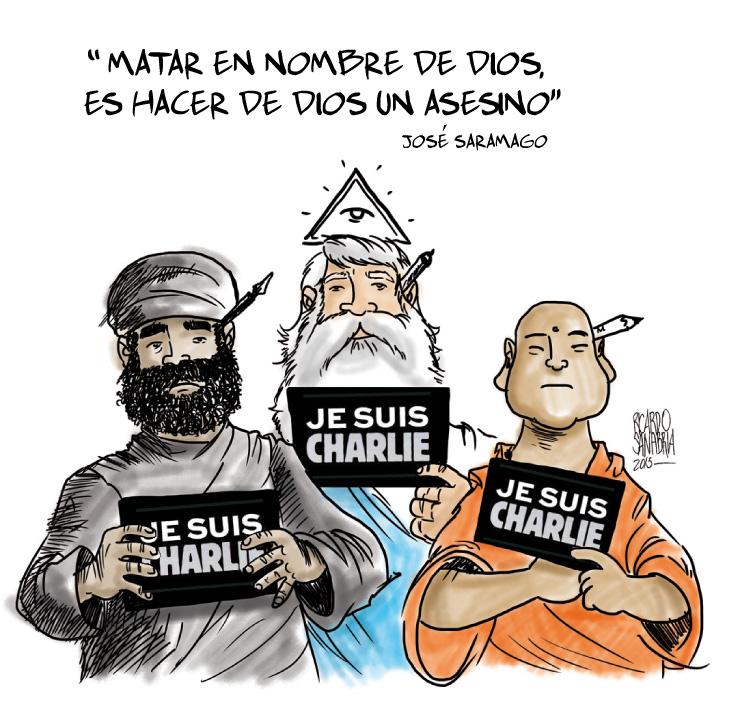 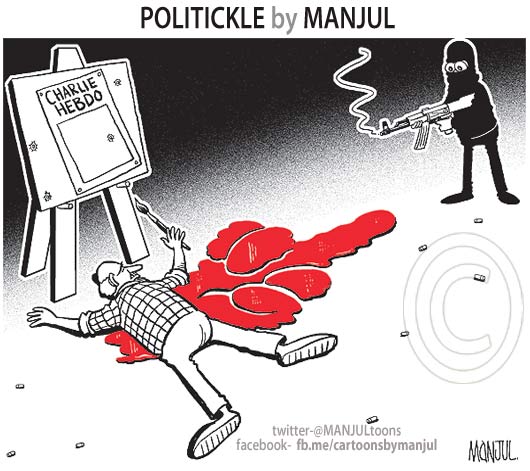 “Last message from #CharlieHebdo cartoonists to their killers. My #cartoon “ 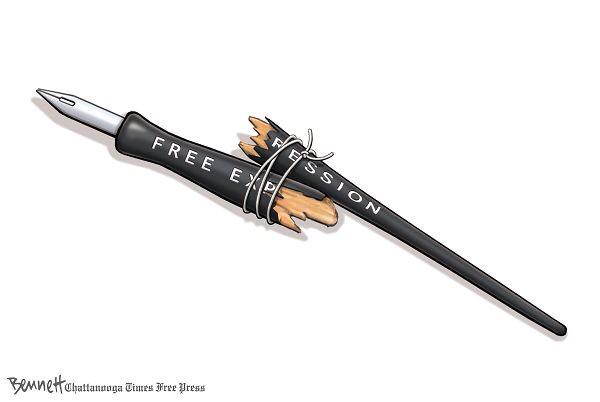 Clay Bennett’s cartoon on the tragedy at Charlie Hebdo

NOT by Banksy, but by Lucille Clerc: 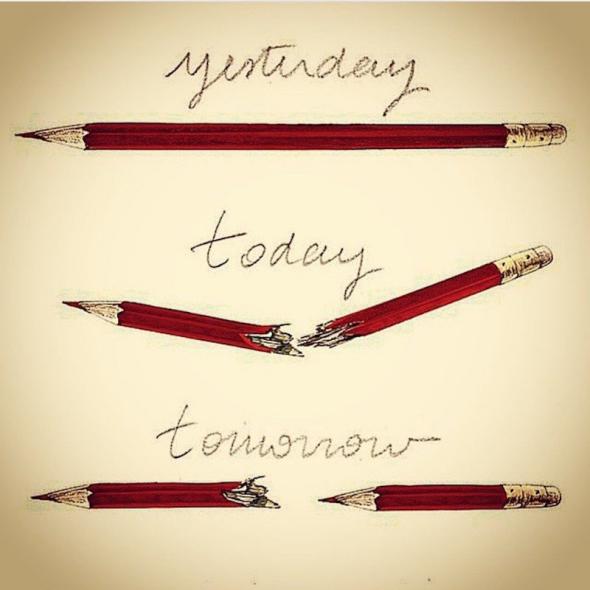 Cartoon circulated as by Banksy, but really by graphic designer Lucille Clerc 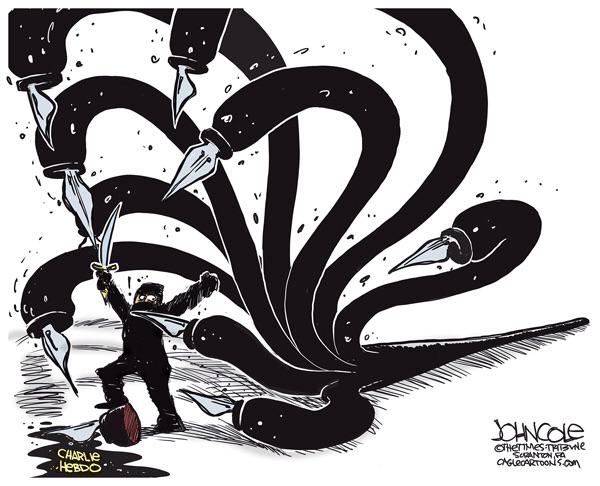 *  Twain also warned against taking ridicule too far, and spoke on the difficulty of knowing, if you’re the butt of the ridicule: