Monckton among the Mormons

Peg McEntee wrote about it for the Salt Lake Tribune, “Monckton:  Believe it or not.” McEntee saw through him, had the good sense to check the list of Members of the House of Lords, and noted that contrary to his claims, Monckton does not appear on the list.

But the priceless piece is this comment to McEntee’s article by adjustablespanner:

Christopher Monckton tries to get a clue - image, The Age 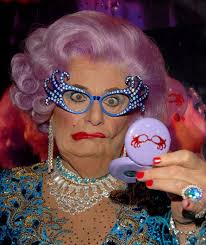 Is Monckton still in the country?  If he’s going to be in Texas, I’d love to debate him.  Is he still chicken?

This entry was posted on Thursday, March 25th, 2010 at 5:45 pm and is filed under Climate change, climate_change, denialism, Hoaxes. You can follow any responses to this entry through the RSS 2.0 feed. You can leave a response, or trackback from your own site.