Power Line, on NASA and Islam: When you start believing your own fictions, you’re in trouble 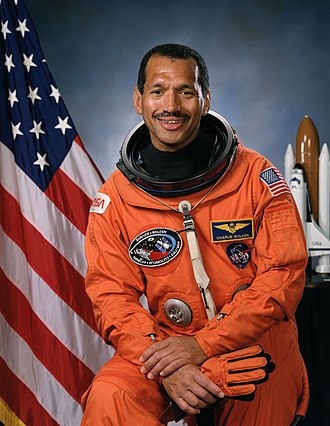 Let go of the power line, step back, and no one else will get hurt.

Paul Mirengoff at the much-read, and as we shall see, too-much-trusted PowerLine, asks a heckuva a question:

As Scott points out in the post immediately below, the news that President Obama tasked NASA head Bolden, as perhaps his foremost mission, with raising Muslim self-esteem is entirely absent from the New York Times and the Washington Post, as well as the nightly newscasts of ABC, NBC, and CBS. Why?

It might be, as Mirengoff goes on to speculate wildly and without reason, because the news agencies are taking payoffs from Obama, or just so enthralled with him that they can’t bring themselves to report bad news.

Think about that for a moment:  News agencies unwilling to report bad news?  Is your Hemingway Sh__ Detector working yet?  Mine’s clanging something fierce.

Does Mirengoff seriously think the Poobahs at Disney sit around issuing orders that ABC news gatherers ignore bad news about Obama?  Has Mirengoff been in some sort of plastic bubble, deprived of newspapers and television for the past four years?

Why the silent treatment?  Because it’s very much a not-much-news story, Paul.  It doesn’t say what you think it says, or worse, what you know it doesn’t say, but claim it does for whatever trouble you can stir up.

Charles Bolden, NASA’s administrator, explained for a news channel that broadcasts to the Middle East, what his job is with regard to the Arabic and Islamic populations (this is the version reported by York):

“When I became the NASA administrator, [Obama] charged me with three things,” NASA head Charles Bolden said in a recent interview with the Middle Eastern news network al-Jazeera. “One, he wanted me to help re-inspire children to want to get into science and math; he wanted me to expand our international relationships; and third, and perhaps foremost, he wanted me to find a way to reach out to the Muslim world and engage much more with dominantly Muslim nations to help them feel good about their historic contribution to science, math, and engineering.”

Good reporters would look at the interview, and realize the PowerLine guys got the story dead wrong.  Not bothering to speculate on why part-time yahoos misreported the story, they’d go on to real news.

Note carefully what Bolden said, and then note carefully what he did not say.  Bolden didn’t say the mission of NASA had changed.  Bolden didn’t say Obama told him to ignore the mission of NASA.  Bolden said NASA, arguably our nation’s most famous and vanguard science agency, has a top duty to inspire children to do well in science in math, to cooperate with other nations in exploring space as we have done since at least the Reagan administration, and, for audiences in Arabic nations, to help them understand Arabic contributions to science.

“Let go of the power line, step back, and no one else will get hurt.” Downed powerline in New Jersey, in summer 2011. Photo by Saed Hindash, The Star-Ledger

Bolden did not say, as Hot Air misreported, “NASA’s spaced-out mission no longer includes  . . . space.”  Hot Air isn’t reporting.  This is a time-tested propaganda technique they engage in:  MSU, “making [stuff] up.”

Which of those goals does Power Line disagree with?  Each of them is a noble enterprise on its own.

But, pausing for just a moment to make liars out of Power Line and the Examiner, and others, ABC News got it right. How soon do you think Mirengoff or Scott Johnson at Power Line will update their story to note ABC reported it?  How much longer before others do?

Media Matters, who tend to be more careful and much, much more accurate, tells most of the story in the headline of their story:  “Yet again, an Obama official says ‘Muslim,’ right-wing media freakout follows.”

If ABC can get it right, why not these other guys?

Yellow journalism was bad enough the first time around.  PowerLine, could you at least take the time to get the story right?  If you don’t have a Hemingway to help you out, you can always use the old Cheech and Chong Excrement Detection Method.  I don’t recommend it, but it tends to make reporters more careful if they ever use it once.

You gotta wonder why these people spread easily-falsified, malignant rumors.  Who are they working for?  It’s pretty clear they don’t have much respect for their readers.

This is a hoax, people.  NASA has not changed its mission.  The president cannot change NASA’s mission since that is dictated by law (it requires an “act of Congress,” literally).  NASA’s chief did not say that stupid thing others claim — he’s not stupid. Don’t pretend it’s news, don’t pretend it’s a problem when the head of NASA says he’s trying to promote interest in science, math and history, and international cooperation.  That’s his job.

No one was assigned the job to get the story wrong.  I wish people would quit working so hard at it.

What is Obama’s policy on NASA?  Here’s the 2011 Budget Message.

Here’s the Wall of Shame of blogs, reporters and news outlets who screwed up the reporting, in addition to Powerline, twice.

Also see this:  Obama:  A bold new course for NASA

This entry was posted on Thursday, July 8th, 2010 at 2:58 pm and is filed under History, Hoaxes, NASA, News, Political Smear, Politics, Science, Space exploration. You can follow any responses to this entry through the RSS 2.0 feed. You can leave a response, or trackback from your own site.

3 Responses to Power Line, on NASA and Islam: When you start believing your own fictions, you’re in trouble