It’s not really that big — but what do you think of when you see this photo of the unindexed files at the George H. W. Bush Library and Museum (at Texas A&M at College Station, Texas)? 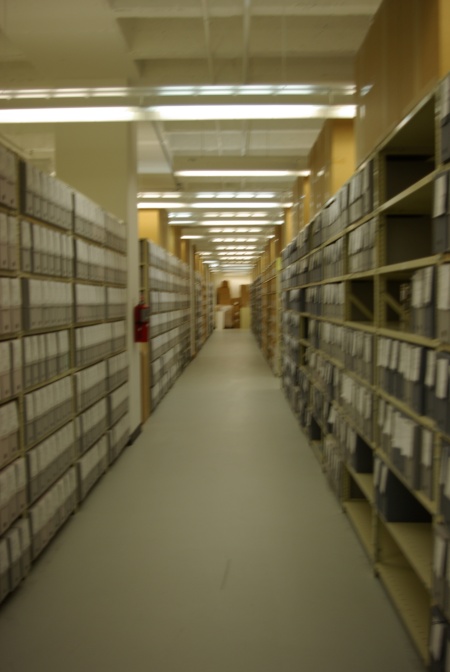 Hello? Which row has the Arks of the Convenants?

Yeah, we all thought the same.

The big difference:  In College Station, archivists are working through these documents, indexing them for use.

They use Freedom of Information Act requests to set their agenda, which strikes me as bass ackwards, but they’re working on getting it done.

Posting may be a bit slight this week.

With a group of history teachers from Dallas Independent School District, I’m off on a trip that will take us to three Presidential Libraries in the system operated by the National Archives. This study is underwritten in part by a grant from the Teaching American History program at the U.S. Department of Education, one of those good programs that is on the chopping block.

Yesterday we toured and talked at the George H. W. Bush Presidential Library and Museum in College Station, Texas.  Today it’s the LBJ in Austin.

I hope your summer is as productive.