Aphorisms that sound great, but to whom we have forgotten proper attribution, often get pinned on great people who did not say them. 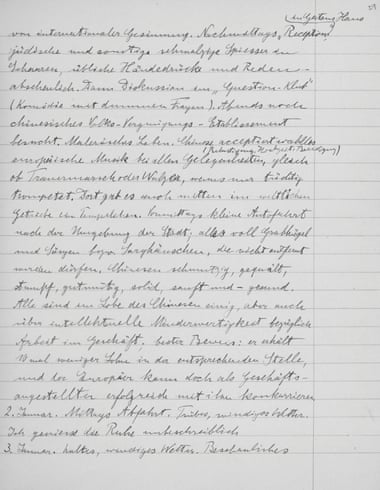 Einstein’s journals featuring comments on his first tour of Japan, in 1922 – Morgan Library via The New Yorker

It’s a common problem. But I think everyone should strive to accurately cite quotations.

In the masthead of Climate Change Dispatch (“because the debate is not over”) we find this quotation, design to puncture the bubble arrogance surrounding all those climate scientists, I suppose:

“The only thing more dangerous than ignorance is arrogance.”
—Albert Einstein

You know where I’m going with this. Einstein didn’t say it, so far as I can find.

I can’t find any source older than about 2000 that even has the quote. Most attribute it to Einstein. It does not appear in any halfway scholarly collection of Einstein quotes, however. It’s not at the WikiQuotes site. It’s not in any of my three editions of Bartlett’s Familiar Quotations.

Just to check such claims, I ordered The Ultimate Quotable Einstein (collected and edited by Alice Calaprice) from Princeton University Press.  Alas, they had exhausted their stock.  When my favorite Border’s Books was closing out, I found the book in the reference section.

The quote does not appear in any form in The Ultimate Quotable Einstein, that I have found.

Keepers of the Climate Change Dispatch site said the quote came from a book about Einstein read years ago, but now forgotten. (Yes, I asked.)

I suppose it’s possible there is another, much over-looked source for the quote out there. If you can find it, please let me know.

But for the immediate future, I would advise you to put the quote attributed to Einstien on your “no-he-didn’t-say-it” list.

Ironic, too.  It’s not that the current purveyors don’t know about the quote or about Einstein, but that they are arrogantly insisting on the veracity of a false quote.

I wonder if the masthead there will ever change.

Update: Climate Change Dispatch is every bit as reprobate on science and policy, but they’ve dropped the quote falsely attributed to Einstein, at least as of August 2021.

This entry was posted on Saturday, January 7th, 2012 at 5:53 pm and is filed under Accuracy, Albert Einstein, History, Quotes. You can follow any responses to this entry through the RSS 2.0 feed. You can leave a response, or trackback from your own site.