July 24 – Arrival Day: The journey’s not over until you get there

There’s a lot of encore material here — I think about this in the middle of the summer, and July 24 is a good day to commemorate arrivals: It’s Arrival Day.

When the Mormons got to Salt Lake, after a couple of months’ trekking across the plains (then known as “The Great American Desert,” the Great Basin and the Mojave being little known), and after being on the run for well over a year, they got right down to priorities.  Summer was nearly gone, and crops had to be planted quick.  Within a couple of weeks, the Mormons had dammed local streams to create irrigation systems to grow what they could before fall (this is, popularly, the first major crop irrigation set up in America); they’d started to lay out plans for settlements, with straight streets based on Cartesian-plane grids:  The first serious community planning?  And they began construction of schools, knowing education to be one of the most important attributes in the foundation of free societies, a position Mormons have reneged on recently in Utah.  Water, communities, schools.

Maybe spending a few weeks struggling across a prairie and risking your life focuses you on the important stuff.  How would it improve America if we put more people on a bus to Omaha, put them out there, and said, “Hike to Salt Lake City from here.”

They’d focus.  Can we start with Paul Ryan, John Boehner and Mitch McConnell?

July 24 features a number 0f other arrivals, too.

July 24, 1969: Apollo 11 returned to the Earth, and splashed down in the Pacific Ocean, Michael Collins, Buzz Aldrin and Neil Armstrong — Aldrin and Armstrong having landed on the Moon.  In our celebrations of Apollo 11, and in our remembrances of President Kennedy, we may forget, though young kids rarely miss it, that Kennedy didn’t just say ‘Let’s put a guy on the Moon by 1970.’  Getting back safely was a key part of the challenge.

First, I believe that this nation should commit itself to achieving the goal, before this decade is out, of landing a man on the moon and returning him safely to the earth. No single space project in this period will be more impressive to mankind, or more important for the long-range exploration of space; and none will be so difficult or expensive to accomplish

July 24, 1866: Tennessee became the first of the Confederate States, the former “state in rebellion,” to be readmitted fully to the Union, following the end of the American Civil War. (Does Tennessee celebrate this anniversary in any way?)

July 24, 1911:  On July 24, 1911, American archeologist Hiram Bingham arrived at Machu Picchu in Peru.  We still don’t know all the reaons the Incas built that city on the top of very high mountains.  Cell service was not a factor.

July 24, 2005: Lance Armstrong won his seventh consecutive Tour de France bicycle race. Little did we know then, the journey wasn’t over. (Lance Armstrong is no relation to Neil Armstrong.  Did I need to point that out?) Try explaining this to high school U.S. history students.  The textbooks tend to avoid this story, because it stops the class.  That’s a sign it should be used more, I think.  Does the Common Core even touch it?

Nixon’s arrival as a major political force in the Cold War grew clear from this event.  The pragmatic stakes of the Cold War were drawn in stark contrast, too.  It’s interesting to ponder that microwave ovens were not part of the exhibit.

Hoping not to arrive painfully on touchdown: 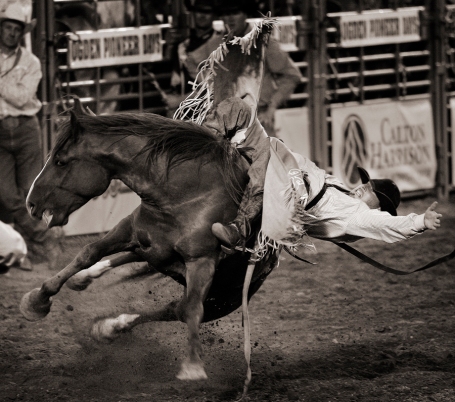 This entry was posted on Wednesday, July 24th, 2013 at 2:11 pm and is filed under Apollo Project, History, Moon, Richard M. Nixon, Space Race. You can follow any responses to this entry through the RSS 2.0 feed. You can leave a response, or trackback from your own site.

One Response to July 24 – Arrival Day: The journey’s not over until you get there