Taxes are “stolen?” Those who don’t know history, shouldn’t pretend to complain about taxes

No, taxes are not “stealing.”  Here’s the offending poster I found on Facebook: 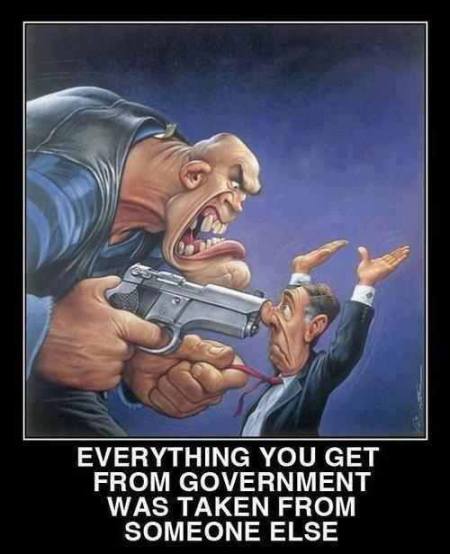 This entry was posted on Saturday, August 24th, 2013 at 1:17 am and is filed under George Washington, Santayana's ghost, Taxes. You can follow any responses to this entry through the RSS 2.0 feed. You can leave a response, or trackback from your own site.

91 Responses to Taxes are “stolen?” Those who don’t know history, shouldn’t pretend to complain about taxes