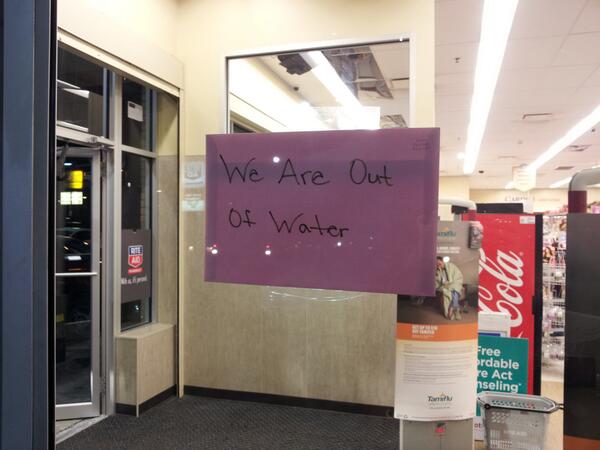 As captioned in the Boston Globe: Reuters photo.  Frozen breath formed ice around the face of a Minneapolis resident on Wednesday.

You wouldn’t know that from the denialists and those in thrall to them, who claim freak snow storms and historic cold show warming has stopped — though the snow and cold are caused by a breakdown in the jetstream and a slipping of the polar vortex, probably caused by global warming.

If you’re not remembered as much as Millard Fillmore . . .

The University of Buffalo honored Millard Fillmore today in a graveside ceremony on Thursday — postponed from Fillmore’s birthday on January 7 due to cold and icy weather.

Is Fillmore forgotten as much as many claim?

Compare to notes on the births of other presidents.

Not quite so good as a graveside ceremony.  Funnier picture, perhaps.

But consider Andrew Johnson.  His birthday was a couple of weeks ago, on December 29.

Andrew Johnson, the seventeenth president of the United States, was born in Raleigh, North Carolina, on December 29, 1808. His father’s death when the boy was three left the family in poverty. From age fourteen to age seventeen, young Johnson was apprenticed to a tailor. He then moved with his mother and stepfather to Greeneville, Tennessee, where he established himself as a tailor. Johnson never attended school but taught himself to read and write—he all but memorized the U.S. Constitution—and after his 1827 marriage to Eliza McCardle, a shoemaker’s daughter, acquired a good common education under her tutelage.

A gifted orator, Johnson quickly ascended the political ladder. In 1829, he won his first office, as an alderman. In steady succession he became mayor of Greeneville, a member of the Tennessee state legislature (1835-37, 1839-43), U.S. congressman (1843-53), governor of Tennessee (1853-57), and U.S. senator (1857-62). In Congress, Johnson supported the annexation of Texas and the Mexican-American War, and sponsored a homestead bill that anticipated the 1862 Homestead Act. He also was the only Southern senator who firmly supported the Union and remained in the Senate throughout both the secession crisis and the Civil War. In the spring of 1862, after federal forces captured portions of Tennessee, President Lincoln appointed him military governor of the state, an office he held despite constant danger to his life.

Two years later, influential moderates such as William Seward worked to secure Andrew Johnson, a Democrat, as Lincoln’s running mate on the Republican Party ticket. According to a May 20, 1865, editorial in Harper’s Weekly, Seward had seen in Johnson “that his fellow-Senator, a land-reformer, a stern Union man, a trusted representative of the people of the South as distinguished from the planting aristocracy, was the very kind of leader by whom the political power of the aristocracy was ultimately to be overthrown in its own section.”

After Lincoln’s assassination in April 1865, little more than a month after their inauguration, Johnson assumed the presidency. His administration ran more smoothly in the foreign than the domestic arena: in 1867, Secretary of State Seward purchased Alaska and helped negotiate France’s withdrawal of troops from Mexico.

If nothing else, Johnson is notorious for having been the first president to be impeached (he was acquitted at trial by the Senate; best account probably in John Kennedy’s Profiles in Courage).

Was there much of a peep in popular media on his birthday?

Any note?  I didn’t find it except in a very few of the “Today in History” columns.

Johnson may be forgettable, though — not considered a good president (who could be following Lincoln!).

What about Woodrow Wilson?  His birthday also cropped up a couple of weeks ago, on December 28, the day before Johnson’s.

It is not needful or possible at this time, whilst yet he lives, to say that Wilson is a Washington or another Lincoln, but he is a great American. He is one of the great presidents of American history.

Rabbi Stephen A. Wise in a tribute to Woodrow Wilson.
American Leaders Speak: Recordings from World War I and the 1920 Election, 1918-1920

Anyone notice?  I mean, anyone outside of Staunton, Virginia, his birthplace?  (Well, yeah — see below.)

What is a fair measure of ignominy? If the world forgets the great man’s birthday, is that a sign?

Photo by Michael Bupp, The Carlisle Sentinel: “For 88 years, there has been a Woodrow Wilson Birthday Association of Cumberland County that organized an annual observance around Dec. 28 to remember Wilson. Pat Stumbaugh is the current treasurer and has been involved in the association since she was a little girl.”