Coming just after World War I, stuck rather at the beginning of the end of the Progressive Era, the Paris Peace Conference that led to the Treaty of Versailles gets shorted in most history books.

The talks are difficult to explain easily.  And serious dipping of toes into these historical waters turns up the errors of the resulting treaty, including the onerous provisions saddled on Germany, and the oft-portrayed-as-betrayal of the Arabian allies of the Allies, whose lands were carved up with formal borders creating new nations where tribes previously didn’t bother with such formalities.  The treaty’s errors in Europe resulted in World War II, and the treaty’s errors in the Middle East plague the world still.

Woodrow Wilson took his 14 Points to France, won some  of them with the Europeans, but later lost the entire ballgame with the U.S. Senate.  His frantic, public campaign for ratification of the Treaty probably contributed to his stroke, which left him disabled for the remainder of his presidency and the rest of his life.

No wonder people want to forget it.

We’re coming up on the 100th anniversary of World War I, which started with the June 1914 assassination of  Austria’s Crown Prince, Archduke Franz Ferdinand, in Sarajevo, formerly in the Republic of Serbia but at the time under the captive thumb of the Austro-Hungarian Empire.

Maybe we should strive to understand the Paris Peace Conference better, to better understand how we got into those messes, and how we might yet get out of the remaining ones. 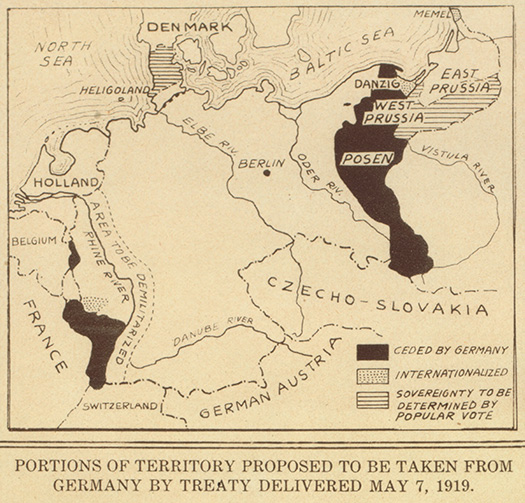 On January 18, 1919, a few months after the end of World War I, leaders from the Allied nations began a series of discussions that became known as the Paris Peace Conference to settle issues raised by the war and its aftermath. Preceded by a series of armistices in September, October, and November 1918, that ended World War I, the Paris Peace Conference brought together representatives from the victorious nations. Russia had withdrawn from the fighting and was not invited. Because Allied leaders held Germany responsible for the war, German leaders attended only the conclusion of the discussions.

Preliminary meetings between the leaders began on January 12, 1919, after British Prime Minister David Lloyd George arrived in Paris.  Lloyd George, President Woodrow Wilson of the United States, Premier Georges Clemenceau of France, and Premier Vittorio Orlando of Italy emerged as the leaders of the conference and became known as the Big Four. The conference ended approximately one year later when the League of Nations, an international organization adapted from one of President Woodrow Wilson‘s Fourteen Points plan for peace, was organized. 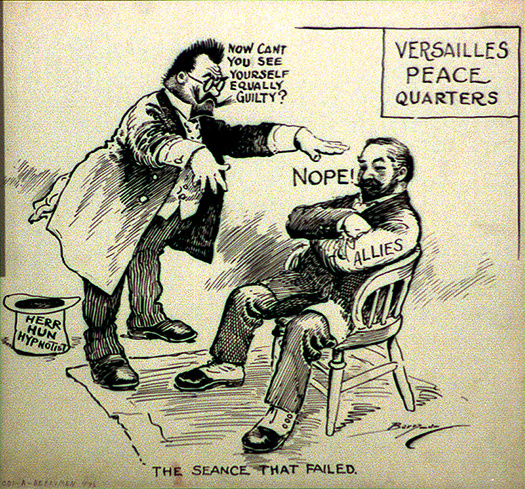 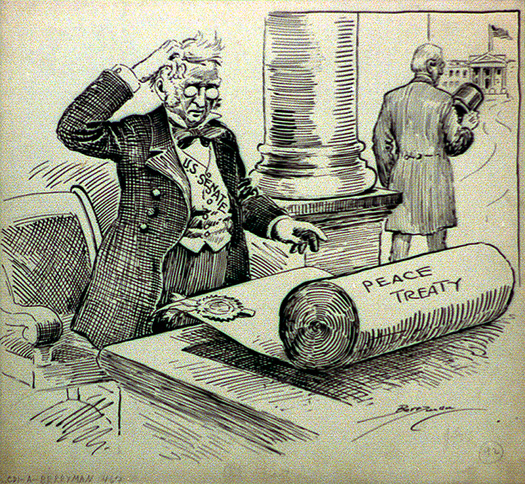 Wilson’s idealistic Fourteen Points generated heated opposition from Clemenceau and Lloyd George in particular as each disagreed on the details of how to proceed. Eventually, however, the League of Nations was formed in 1919-20 as an alternative to traditional diplomacy. The United States did not join, in part because of opposition and disagreement among a group of powerful U.S. senators led by Foreign Relations Committee Chair Henry Cabot Lodge. The discussions also resulted in the 1919 signing of the Treaty of Versailles with Germany, the Treaty of Saint-Germain with Austria, and the Treaty of Neuilly with Bulgaria.