Nene, once again more than just a crossword answer 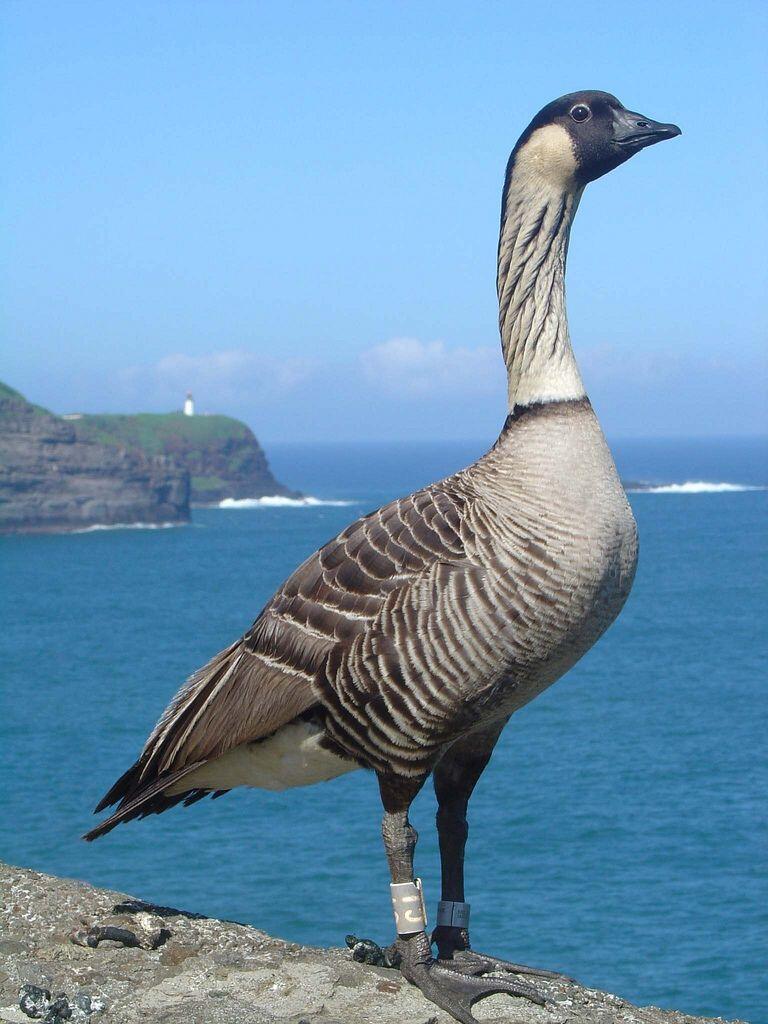 These great looking geese, known as Nene,  are thought to have descended from Canada geese blown off course; once they were common on many of the Hawaiian Islands, but by 1952 there were only 30 left.

Bones found on Oahu show they once thrived there.  A few birds — blown off course again, or looking for more territory? — moved to Oahu a few months ago, and have raised young.  Scientists are watching to see how it works out.

With short name featuring only two different letters, “Nene” is a popular crossword answer, and clue.  Some ornithologists half-joke that the familiarity among crossword enthusiasts was a huge aid in getting aid for the wild populations of the bird, and in getting the Endangered Species Act passed into law.

This entry was posted on Wednesday, March 26th, 2014 at 3:20 am and is filed under Bird Watching, endangered species, Geography - Physical, History, Ornithology, Travel, Wildlife. You can follow any responses to this entry through the RSS 2.0 feed. You can leave a response, or trackback from your own site.

2 Responses to Nene, once again more than just a crossword answer