History item:  On July 8,1853 four black ships led by USS Powhatan and commanded by Commodore Matthew Perry, anchored at Edo (Tokyo) Bay. Never before had the Japanese seen ships steaming with smoke. They thought the ships were “giant dragons puffing smoke.” They did not know that steamboats existed and were shocked by the number and size of the guns on board the ships.

President Millard Fillmore, defying H. L. Mencken’s later, crabby, hoax claim of do-little-government, sent Matthew C. Perry to Japan to open Japan as a refuge for shipwrecked sailors, and as a coaling stop for steamships.  For the previous 200 years, Japan had been closed to all but a few Dutch and Chinese traders.   On July 8, 1853, Perry’s small fleet sailed boldly into restricted waters of Japan and anchored.

Delivering the American presents to the Emperor of Japan, at Yokohama. A. O. P. Nicholson image, 1856 publication, “Narrative of the Expedition of an American Squadron to the China Seas and Japan” – artist not identified (Washington, A. O. P. Nicholson, 1856); Nimitz Museum, Annapolis. A list of the presents can be seen at a link near the end of this post; some of the gifts, such as the model of the steam engine, can be identified in this picture.

After some contretemps, which included Japan’s telling Perry to go to Nagasaki instead (where a military party was probably waiting) and Perry’s shelling a few buildings on shore, the Emperor accepted the letter from President Fillmore.  Perry told the Emperor he would return the following year for an answer.  Perry returned on March 8, 1854, and within a month concluded the Convention of Kanagawa, opening Japan to trade from the west.  Generally unheralded, this may have been one of the more important pieces of U.S. diplomacy in history, especially considering the dramatic rise of Japan as an economic and military power, on the basis of the trade Commodore Perry demanded Japan engage in.

We should make special note of the chain of events over the following 85 or so years, culminating in World War II in the Pacific.  Had Fillmore not sent Perry, had the U.S. not insisted Japan open itself to the world, would there have been an attack on Pearl Harbor, and war in the Pacific?  Alternative histories we’ll never see.  But see the discussion at Salon, in 2014, about this topic (conveniently leaving out Millard Fillmore’s role), “What sparked Japan’s aggression during World War II?”

Documents below the fold

END_OF_DOCUMENT_TOKEN_TO_BE_REPLACED

All these years I didn’t know.

Some wags designated June 23 as Typewriter Day — the anniversary of the date the typewriter was first patented by Christopher Sholes.  (And you know, I did have a post on that event, last year.)

Will you remind me in 2015, a week or so in advance, so we can get appropriate celebratory posts up here at Millard Fillmore’s Bathtub?

Links below can get us into position to commemorate the day adequately, next year. 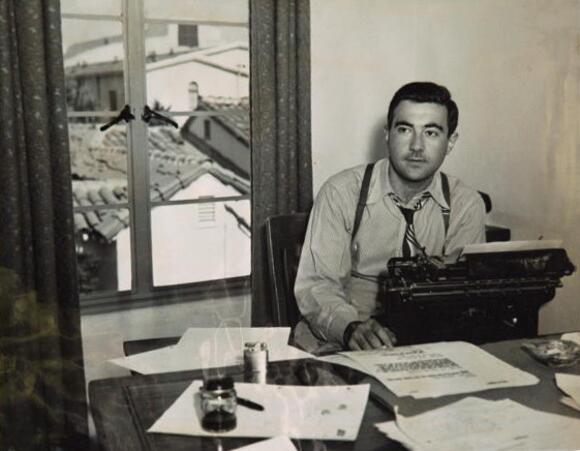