Already in November we’ve passed two of the month’s dates for which we are urged to fly the U.S. flag, election day, the first Tuesday after the first Monday in November by law (flag dates including local elections on whatever date, especially at polling places), and Veterans Day, or Armistice Day, on November 11, commemorating the date set for the armistice of World War I.

What could be left?

According to the U.S. Flag Code, 4 USC 1, sec. 6, we should fly the flag on all national holidays, which includes Thanksgiving, though most patriots are busier with turkey baking, football and family that day.

Several states entered the union in November; citizens and residents of those states fly the U.S. flag on those statehood days.

Most states would hope you’d fly the state’s flag on its statehood day, too.  But how many people actually have a state flay for their own state?  (We have a Texas flag; Texas may be the most state-flag-flying state; we also have a Maryland flag, which used to make for great displays when we flew both flags at our Maryland home.) 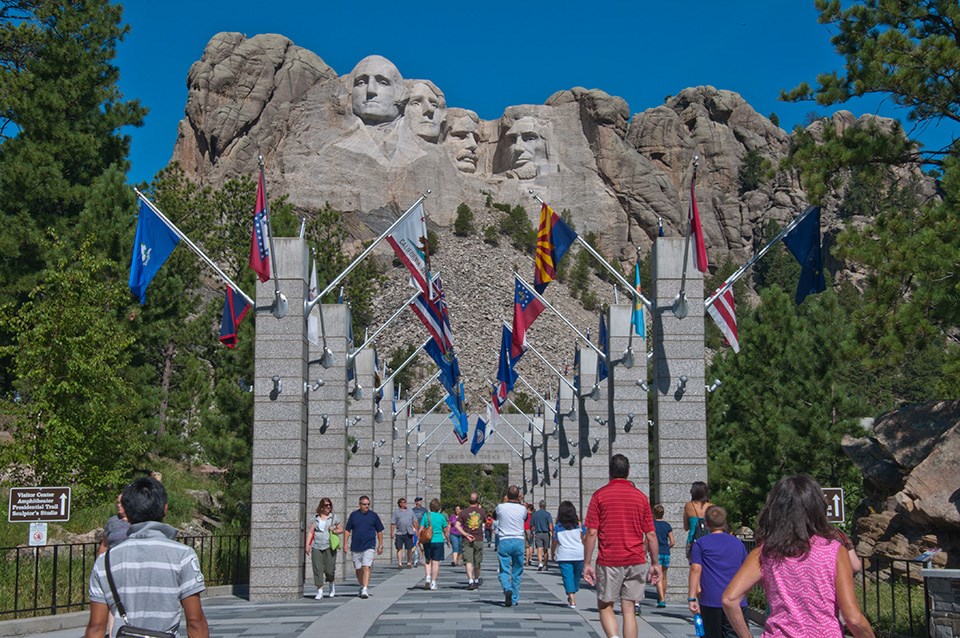 Avenue of the Flags at the Mt. Rushmore National Monument. Displayed are flags of all 50 states, plus territories, commonwealths and the federal district of the United Sates. National Park Service photo.

This year you may have missed a few already:

This entry was posted on Friday, November 14th, 2014 at 1:07 am and is filed under Flag etiquette, Fly your flag today, History, State flag, Statehood. You can follow any responses to this entry through the RSS 2.0 feed. You can leave a response, or trackback from your own site.