From our public lands, from the Twitter feed of the U.S. Department of Interior: 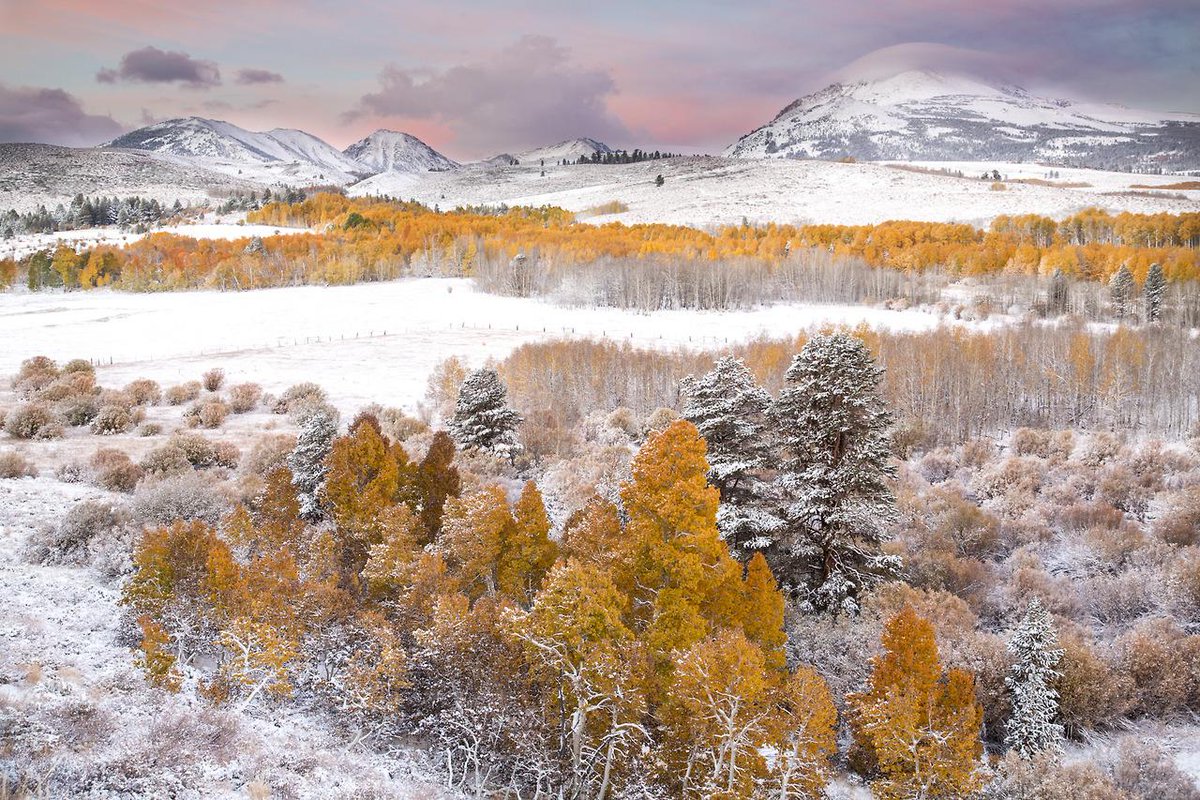 In my winter drives through the desert mountains of the Great Basin I often marveled at how a dusting of snow could turn a landscape generally painted in tones of brown with a little green into almost black and white. Then there are those black and white landscapes slashed by stunning gashes of color, or tinted subtley.

Conway Summit shows the stunning gashes of color this week. Grays, whites, blacks — and gold and pink.  It’s in the western part of California, near Nevada and Mono Lake:

Conway Summit (el. 8,143 feet (2,482 m)) is a mountain pass in Mono County, California. It is traversed by U.S. Highway 395, which connects Bridgeport and the East Walker River on the north side of the pass to Mono Lake and Lee Vining to the south.[1][2] It marks the highest point on U.S. 395, which also traverses high passes at Deadman Summit and Devil’s Gate Pass.[3]

Conway Summit is named after John Andrew Conway, a settler in the area in 1880.[3][4] Geographically, it was formed from an upland plateau by the sinking of the land in the Mono basin area.[5] The Sawtooth Ridge of the eastern Sierra Nevada, topped by 12,279-foot (3,743 m) Matterhorn Peak, rise to the west of the pass; Green Creek and Virginia Lakes, in the Sierra Nevada to the west of the pass, are two local destinations for fishing, camping and aspen trees. The Bodie Hills and the infamous Bodie ghost town lie to the east.

This scene comes from our public lands, the undifferentiated lands held in trust by the Bureau of Land Management (BLM) and managed for multiple uses.  You and I may look at this photo and marvel at the beauty of America, and say a little prayer of thanks for our public lands.  Sens. Mike Lee and Ted Cruz see potential for high-dollar vacation residences throughout this scene, if only the land could be sold off.