Less flap this year, but I suspect it’s only because there’s been no great public recognition of the date.  Hoaxsters who insist DDT was always safe, or that banning DDT on cotton crops in Arkansas and Texas somehow caused malaria in Africa, or that Idi Amin became a great fan of Rachel Carson and stopped spraying DDT in Uganda to save American eagles, or other similarly silly-but-vicious things, or who just hate anything to do with protecting the environment, usually erupt on Earth Day, World Malaria Day, and Rachel Carson’s birthday.

Not much on her birthday this year (but stay tuned).

Meanwhile, our country’s sober liberal conscience, The Nation, looks back at their review of Silent Spring, and does a little cringing. Probably not necessary: 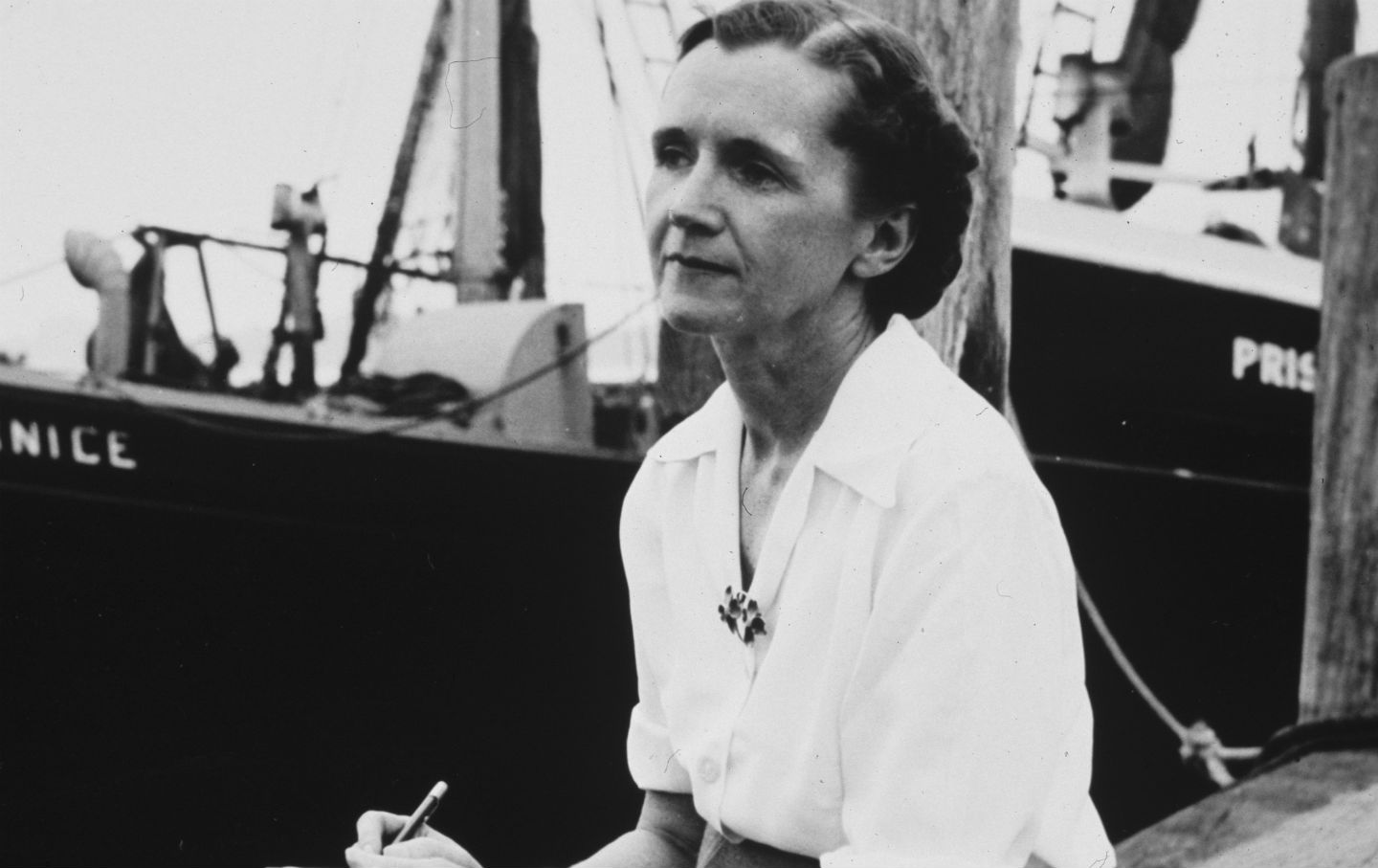 Rachel Carson, date unknown. (US Department of Agriculture) – via The Nation

It is difficult not to cringe at the sight of the headline to the following review of Rachel Carson’s groundbreaking book, Silent Spring—“Man and Other Pests”—given that it was a review of what was then probably the most influential intellectual contribution by an American woman to date.

Miss Carson is indignant about the unexpected effects of our thoughtless broadcasting of pesticides. She writes persuasively, for she has taken great pains to gather and check her facts. Parts of the book were published in The New Yorker magazine last summer, and immediately provoked wide interest, discussion and controversy. This reaction will undoubtedly intensify with the publication of the book. No one is in a better position than Miss Carson to arouse the indignation of the public and the conscience of the chemical industry, and it may well be that she has made a real contribution to our salvation.

[At The Nation, you can read the entire review quoted from above.]

You’ll be pleased to know the American symbol, the bald eagle, is back from extinction’s verge, along with the brown pelican, peregrine falcons and osprey.  You’d be surprised to know that, despite gross abuse of DDT in the 1950s and 1960s that caused mosquitoes all over the world to carry alleles resistance and immunity, DDT was saved from complete worthlessness by a reduction in use, and is still used in a few places today, indoors to protect wildlife, to fight malaria.  You were right about DDT.

You were right about fighting malaria, too.  You said in Silent Spring we should use integrated pest management to battle the mosquitoes that provide a site for part of the life cycle of the malaria parasites, and who then spread the disease.  When DDT failed the malaria eradication campaign in the 1960s, malaria fighters were left with little else. Malaria deaths have plunged, from the 4 million to 5 million per year you knew, to fewer than 500,000 per year now.  Worldwide, we’ve cut malaria deaths 45% just since 1999, when a group of non-governmental organizations and the World Health Organization formally adopted integrated pest management as the best way to fight the disease, and began distributing mosquito nets in a big way.

You were right, Rachel Carson. Humanity is a part of nature, and if we fight nature we end up fighting and killing ourselves.

It's Rachel Carson's birthday. In her honor, get a first-hand account of the fight to ban DDT: http://t.co/awm521UMie pic.twitter.com/JRXApoClbk

Today in 1907: "Silent Spring" ecologist Rachel Carson is born. Her story on the blog: http://t.co/uR2JDtnav5 pic.twitter.com/RzOrndldLF

Happy Birthday Rachel Carson! Glad we got to spend some time together today, staring at the sea. #ThankYouSTEMWomen pic.twitter.com/sJy0wVgVBQ

Happy birthday, Rachel Carson, born on this day in 1907. @PA_DEP & @DCNRnews HQ are in the building bearing her name. pic.twitter.com/J9KVV51x6r

One of my favorites from Gus Arriola (also appearing at the DDT Chronicles):

Pull out your copy of 'Silent Spring' in honor of Rachel Carson's birthday. http://t.co/xHyZHXy7y3 pic.twitter.com/DB9PEqW7sb

"The edge of the sea is a strange and beautiful place" – Rachel Carson. Happy Birthday, Rachel Carson! pic.twitter.com/92j08CXfkL

This entry was posted on Wednesday, May 27th, 2015 at 4:32 pm and is filed under DDT, History, Malaria, Rachel Carson, Science. You can follow any responses to this entry through the RSS 2.0 feed. You can leave a response, or trackback from your own site.