May 29, Rhode Island Statehood Day; fly your flags in Providence

The Independent Man stands atop the Rhode Island State House in Providence. Photo by Lgalbi; Public Domain via Wikimedia Commons

May 29 is statehood day for Rhode Island, the 13th of the original colonies to join the union.

It’s interesting history to me. Rhode Island was rogue enough at the time — many called it “Rogues’ Island” — the colony sent no delegates to the convention in Philadelphia that wrote the Constitution.  One may wonder why the delegates even bothered to include the colony in the process. But, they did.

Not that it mattered to creation of the United States.  New Hampshire was the 9th state to ratify the document, on June 21, 1788, making it effective under the rules.  Rhode Island did not ratify the Constitution until May 29, 1790 — two years after the Constitution took effect, and about a year after the new government started operation and inaugurated George Washington the first president.  Rhode Island joined the nation already steaming along. 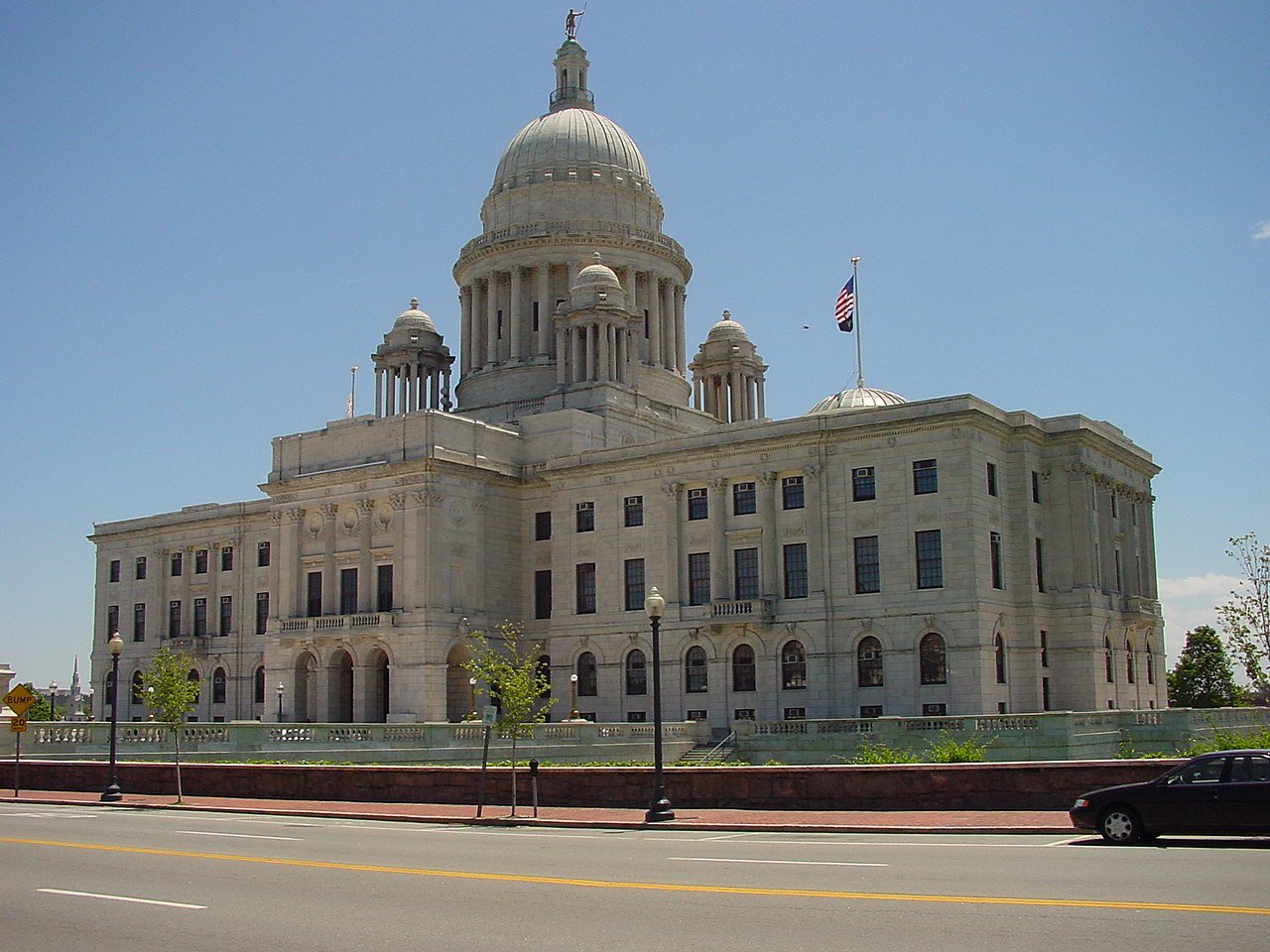 Rhode Island State Capitol, north facade, by Garrett A. Wollman; bostonradio.org via Wikimedia. Rhode Island’s state flag flies to the left, and the U.S. and POW flags on the right. (Just try to find photos of the U.S. and Rhode Island flags together . . . please.)

Does Rhode Island celebrate Statehood Day? I don’t know. Historian Laureate Patrick T. Conley wrote a column for the Providence Journal revealing that Rhode Island was, like Texas, an independent republic for a time. This news won’t rest well with Texans. Other Rhode Island celebrations may occur, but they’re tough to learn about.