Highlights from the World Health Assembly #68, in graphic form

World Health Organization (WHO) summary of the World Health Assembly #68, which met in Geneva last, May 18-26.

Not a peep about “more DDT to fight malaria.’ 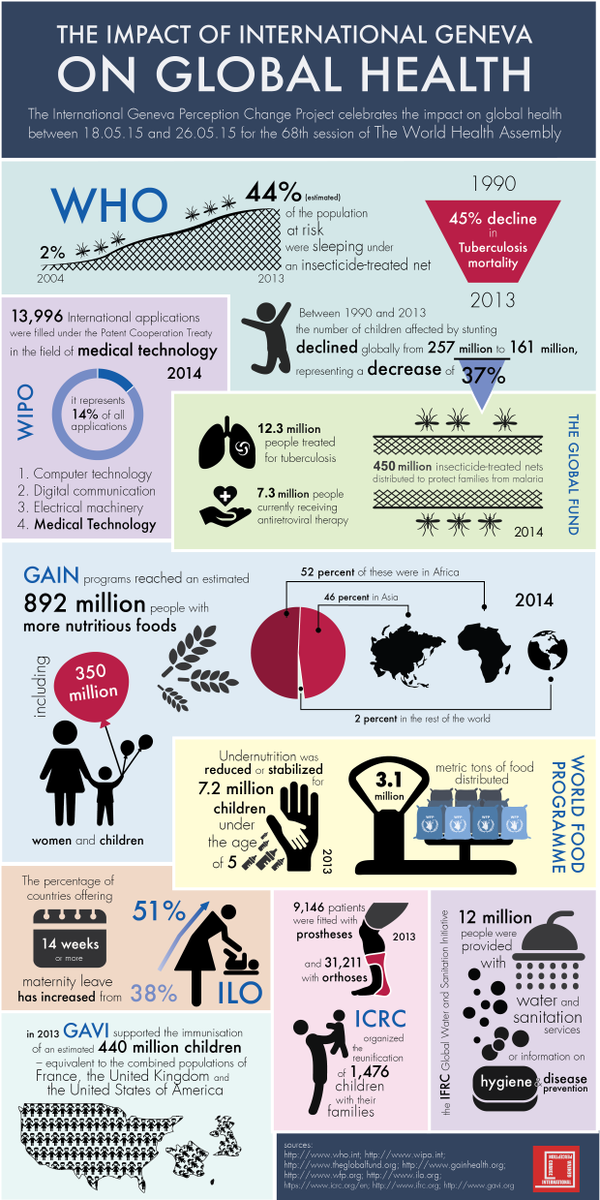 I get e-mail: Nothing But Nets needs your help with Congress, to fight malaria

Among other goals of the hoaxsters who claim Rachel Carson was wrong and evil, and that the imaginary ban on DDT to fight malaria causes “millions of deaths,” is the erosion of trust in international  organizations that lead the fight against malaria, especially WHO, UNICEF and USAID.  Sadly, the hoaxsters have friends in Congress who threaten to withhold funding to fight malaria, often insisting that now-mostly-ineffective DDT be used instead of good, working preventive measures and medicines to cure humans of malaria.

And so, Nothing But Nets writes to ask for help:

Imagine this: working from 4:00 AM until well into the night, getting very little sleep, traveling along unpaved roads for hours at a time – all to deliver 2,000 bednets per day to the hardest-to-reach children and families.

In Mozambique, this is a typical day for health workers as they distribute nets to save lives as part of a campaign funded by the Global Fund to Fight AIDS, Tuberculosis and Malaria. Thanks to the work of the Global Fund and other partners – including UN agencies and local communities on the ground – bednet coverage in Mozambique has gone from less than 5 percent of the population in 2000 to an impressive 60 percent today.

But without continued support from Congress, the life-saving impact of these nets could be lost.

Your member of Congress will vote soon on how much assistance the U.S. will provide to the Global Fund, along with partners like the President’s Malaria Initiative and the United Nations, the core agencies leading the fight against malaria. By showing your support to your representatives in Washington, you can help to make them champions in the fight against malaria and ensure that these bednets continue to make it to families who need them the most.

Thousands of people have already asked their members of Congress to support the crucial work of the Global Fund and other partners in the fight against malaria—will you join them today?

From all of us at Nothing But Nets, thanks for helping community health workers reach the last mile!

Original story and photo from The Global Fund to Fight AIDS, Tuberculosis and Malaria.