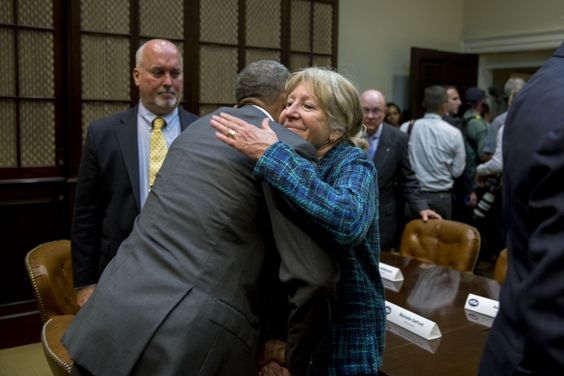 The Tampa Tribune offers an article covering several meetings in the Tampa area, and the families honored and affected.

Photo and caption from the Tampa Tribune: Thea Kurz became a Gold Star mother on Aug. 20, 2014, when her son, Army Sgt. 1st Class Matthew Leggett, 39, was killed in Afghanistan. She says she gets helpful support from other Tampa Bay families who have lost loved ones serving in the military.

Photo and caption from the Emporia (Kansas) Gazette:  Maria Lane holds her son’s dog tags on Tuesday. These were the dog tags David was wearing when he passed and Lane has since worn them everyday in memory of him. Photo: Kendra Johnson/Gazette

This entry was posted on Sunday, September 27th, 2015 at 2:55 am and is filed under History, War. You can follow any responses to this entry through the RSS 2.0 feed. You can leave a response, or trackback from your own site.