Thomas Nast in 1864: “The Union Christmas Dinner” pushed reconciliation in time of war

Thomas Nast may have done as much as Abraham Lincoln to invent the Republican Party.

Nast’s illustration for Harper’s Weekly for the issue of December 31, 1864, expressed his great desire for an end to the Civil War, and offered a vision of what could happen when arms were put down.

We were alerted to the image by a Tweet from White House History; the image above comes via SonoftheSouth.net.

An explanation of the illustration comes from The New York Times Learning page (for teachers — you’re invited):

As the Union military advanced across the South in December 1864, making Confederate defeat seem to be only a matter of time, artist Thomas Nast drew a holiday illustration betokening mercy for the vanquished and sectional reconciliation for the nation. Under the Christmas proclamation of “Peace on Earth and Good Will Toward Men,” President Abraham Lincoln is the gracious host who generously welcomes the Confederates—President Jefferson Davis, General Robert E. Lee, and state governors—in from the cold, and gestures for them to return to their rightful seats at the sumptuous feast of the states. Seated at the table are the governors of the Union states, and on the wall behind them appear portraits of leading Union generals.

Framing the main banquet scene are four circular insets that convey the message that if the Confederacy will lay down its arms, surrender unconditionally, and be contrite, then the Union will be merciful and joyously welcome them back into the fold. Viewing them clockwise from the upper-left, the symbolic figure of Victory, backed by the American Eagle, offers the olive branch of peace to a submissive Confederate soldier; the forgiving father from the biblical parable embraces his wayward son, whose sorrow for his past rebellion prompts the father to honor his son with a celebratory dinner; under the tattered American flag, the ordinary soldiers of the Union and Confederacy reunite happily as friends and brothers after the Confederate arms and battle standards have been laid on the ground; and, General Robert E. Lee, the Confederate commander, bows respectfully and offers his sword in unconditional surrender to General Ulysses S. Grant, the commander of the Union troops. In the lower-center is a scene from a holiday table at which a Northern family drinks a toast to the Union servicemen.

While Nast could be partisan, as in his portrayal of Democrats as mules kicking down a barn, or Republicans as noble elephants, and Nast could be subject to bigotry, as in his frequent jabs at Catholics and his portrayal of Irish immigrants as near-gorillas, much of his work in illustration for Harper’s and other publications offered a vision of a much better America which welcomed everyone — as his later portrayal of “Uncle Sam’s Thanksgiving” in 1869 demonstrated.

We could use more Republicans, and newspapermen, like the hopeful Nast, today (leave the bigotry behind).

Sunrise in the Colorado Rockies

Our friends who steward our public lands find great beauty in America; this is what they protect, and why they protect it. 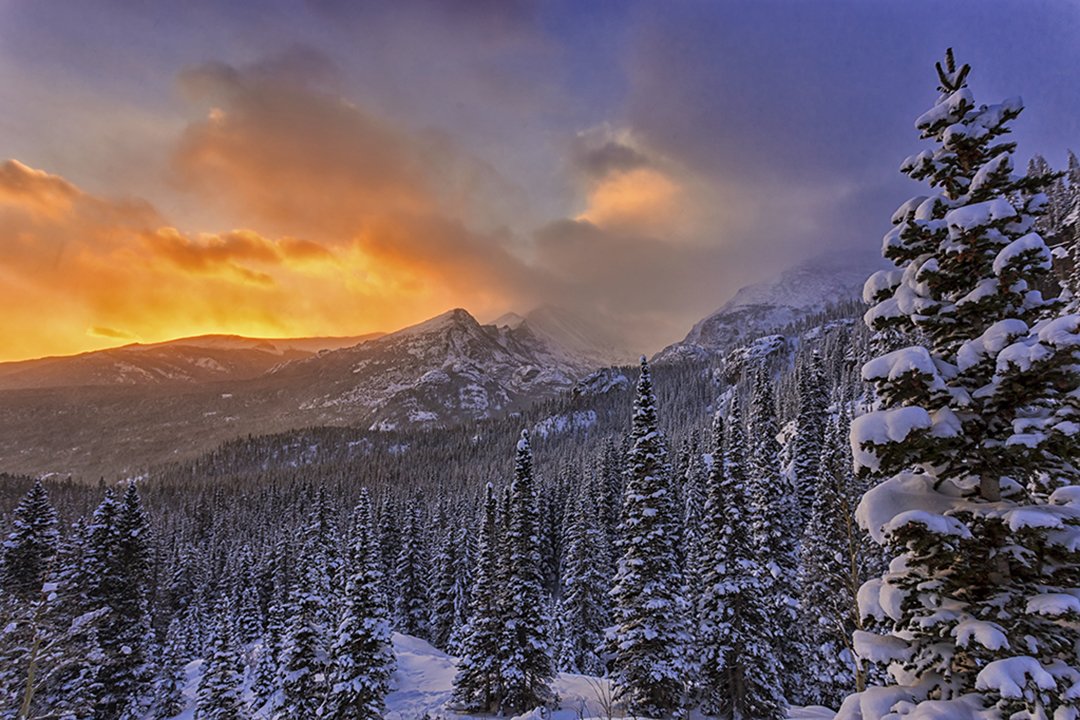 Caption from U.S. Department of Interior on Twitter: #Sunrise over the snowy mountains @rockynps is amazing. Photo by Eric Schuette #Colorado