Cluster of presidents’ birthdays in August

If presidents’ birthdays were spread out through the months evenly, we’d be approaching four births per month as we approach 48 presidents (Obama is 44th administration, of 43 presidents; Grover Cleveland served two non-consecutive terms, screwing up numbering for all time).

August has just more than its share of presidential births, five. In date order as we go through August:

Obama will get cards and letters, and network news programs will probably make a light-hearted mention of his birthday. Are the other August presidents celebrated, even in their hometowns? 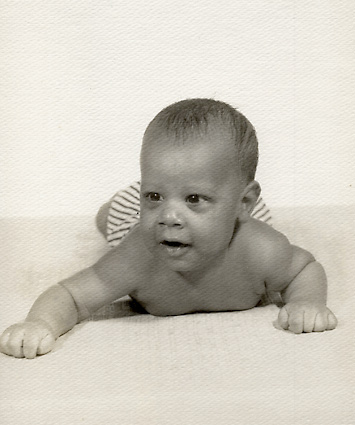 Barack Obama as an infant. Buzzfeed

Herbert Hoover as an infant. Difficult to find photos of young Hoover. He was orphaned.

Lyndon Johnson’s birthday is August 27. Even near his birth he looked like the cowboy-hatted president we remember. Image from Readers Digest

Photos of Benjamin Harrison as an infant or young child appear to be exceedingly rare.

This entry was posted on Friday, July 22nd, 2016 at 3:10 pm and is filed under History, Presidents. You can follow any responses to this entry through the RSS 2.0 feed. You can leave a response, or trackback from your own site.

3 Responses to Cluster of presidents’ birthdays in August