April is the month to fly your flags!


Is April the cruelest month?

It’s cruel to people who want to fly U.S. flags often, but only on designated flag-flying dates. (April is also National Poetry Month, so it’s a good time to look up poetry references we should have committed to heart).

For 2017, these are the three dates for flying the U.S. flag; Easter is a national date, the other two are dates suggested for residents of the states involved.

One date, nationally, to fly the flag. That beats March, which has none (in a year with Easter in April and not March). But March has five statehood days, to April’s two.

Take heart! You may fly your U.S. flag any day you choose, or everyday as many people do in Texas (though, too many do not retire their flags every evening . . .).

Three dates to fly Old Glory in April, by the Flag Code and other laws on memorials and commemorations.

Some people have abused the flag in April. 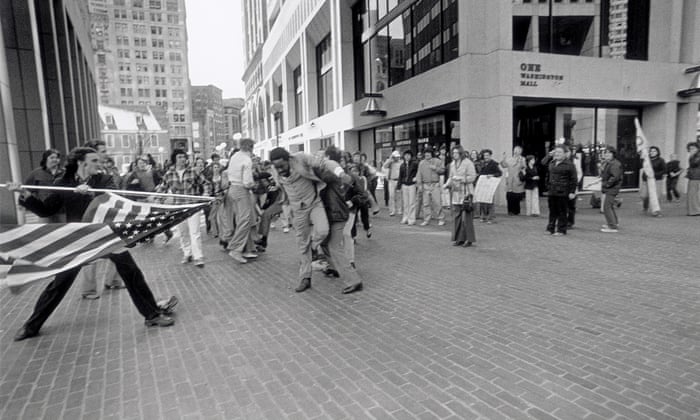 Caption from The Guardian: Ted Landsmark (centre): ‘I had a sense that something really significant had happened.’ Boston, April 5, 1976. Photograph: stanleyformanphotos.com

This entry was posted on Wednesday, April 5th, 2017 at 3:52 pm and is filed under Fly your flag today, History, U.S. Flag. You can follow any responses to this entry through the RSS 2.0 feed. You can leave a response, or trackback from your own site.

3 Responses to April is the month to fly your flags!