As Bill McKibben notes, something seems amiss with this chart. 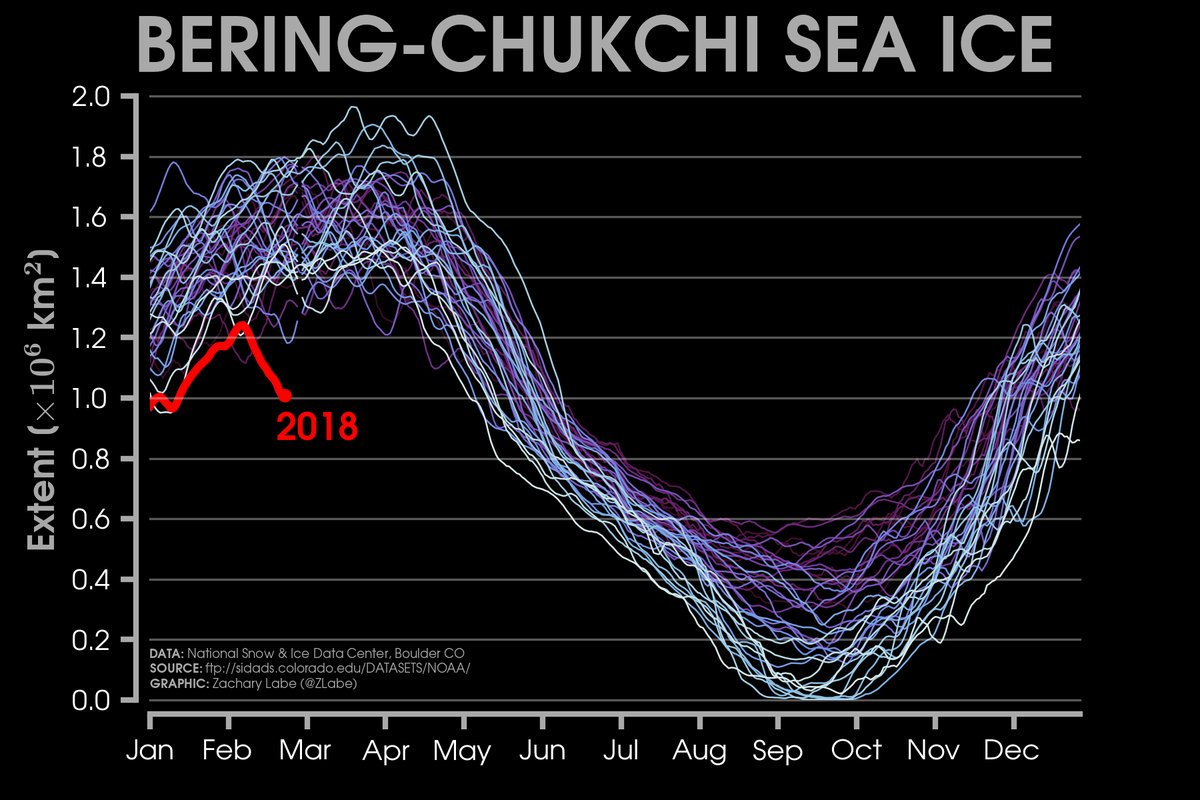 The U.S. National Snow and Ice Data Center in Boulder, Colorado, track ice in the Arctic. The chart shows extent of sea ice in square kilometers, with a comparison of about the past 20 years.

In red, you see what is happening to the ice in 2018 — a dramatic melt, a dramatic plunge in the amount of sea ice.

Arctic Circle area temperatures rose dramatically above normal temperatures for winter in the past few weeks, by 25 to 40 degrees Fahrenheit (see report in the Sydney Morning Herald). Such dramatic increases frequently result when a weakened jet stream fails to keep cold Arctic air in the Arctic — and the polar vortex slips to give some temperate latitude land incredible freezes. The colds that get reported on the news and touted by science dissenters as evidence Global Warming does not occur, are the result of those heat blobs in the Arctic. 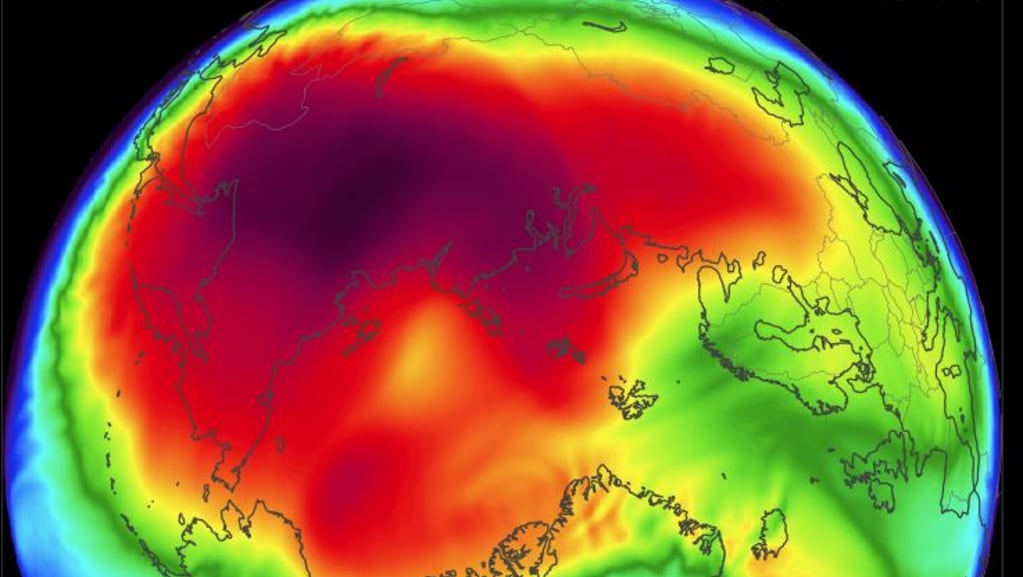 Tipping points are not always discernable in real time. This may be an exception.

Tip of the old scrub brush to Bill McKibben, of course.

Hmm, something seems a little different this year when it comes to ice in the Bering Sea pic.twitter.com/RwCayhinmt

This entry was posted on Saturday, February 24th, 2018 at 10:42 pm and is filed under Climate change, climate_change, Global warming, History, Science. You can follow any responses to this entry through the RSS 2.0 feed. You can leave a response, or trackback from your own site.