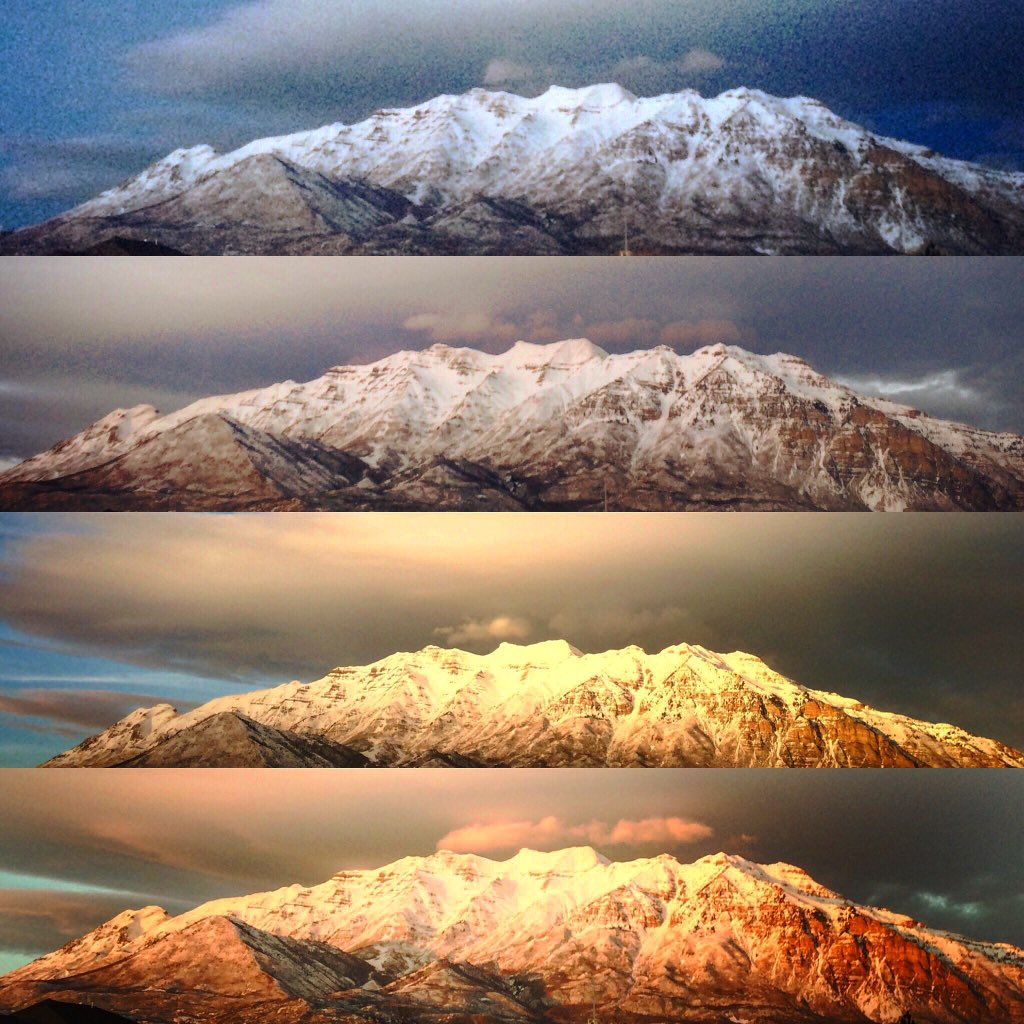 During the RARE II Wilderness Assessment process, and during the Sagebrush Rebellion of the 1970s and 1980s, wildcatters along the Rocky Mountains spine of the west would say we couldn’t rule out any area as having no oil unless we drilled first.

But no one’s found oil in Timpanogos.

Instead, we’ve found Timpanogos in oil.

Mt. Timpanogos Millennium, by Adam Abram (b. 1976). From Tweet by Don Ruggles (@DHRuggles) and @TeresaVeiga1

It’s an interesting view of the mountain, from the southwest. At the right of the picture is Provo Canyon. The body of water must be the Provo River, but in a serene state I think could not have existed at any time. The bluffs shown past the juniper trees are unfamiliar to me.  I’m guessing the artist, Adam Abram, has idealized Timpanogos as the Mormon pioneers might have found it. The area portrayed is probably part of Orem, Utah, today — covered by housing tracts and power lines.

Anyone know? A topological map covering the mouth of Provo Canyon to where the river enters Utah Lake might offer much more specific information. I don’t have one of those at the moment.

Compare it with this photo of Timpanogos (in late summer) by Bob Walker of Orem, 2012:

Almost update: I went looking for Adam Abram. You can hang a print of his Mount Timpanogos Millennium for under $30 (a bargain).

I grew up in the shadow of beautiful Mt. Timpanogos.  This mountain, towering over Utah Valley, stands at 11,749 feet above sea level and once rose above the shores of ancient Lake Bonneville.  Its name is a Paiute word meaning “river of rock.” My goal as an artist was to memorialize my favorite mountain with a 19th century style similar to the Hudson River School. In the process of creation, I did studies of several trees from around the mountain and painted them in.  Sadly, those trees have been torn down with the growth of business and home development. This painting is a tribute to the beauty and majesty of this incredible mountain. This painting won 3rd place in the prestigious 2007 International ARC salon.

I’m not alone in loving that mountain. Who knew? 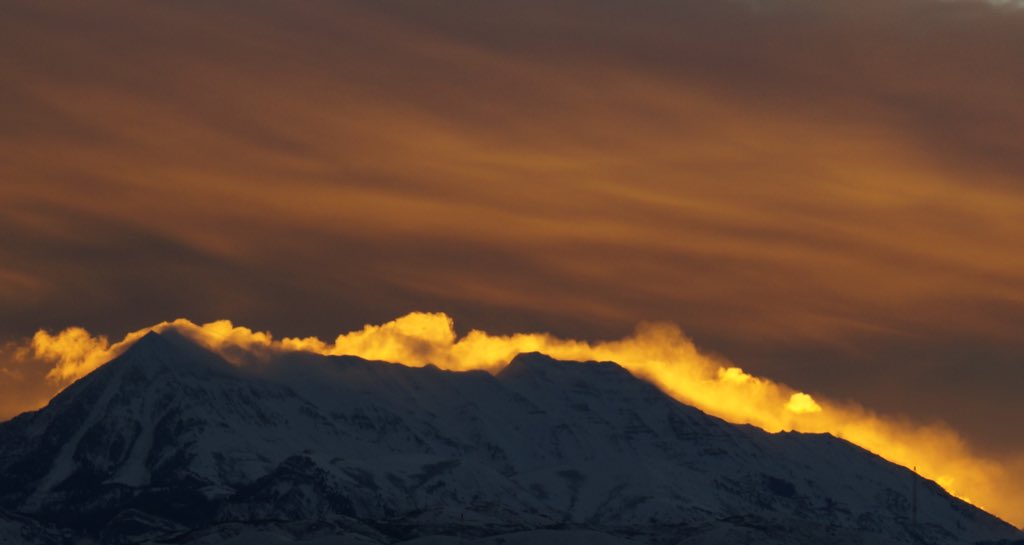 Utah’s Mount Timpanogos rises on the east side of Utah Valley, in Utah County, over Utah Lake.

At about 6,000 feet above the valley floor, the mountain can make its own weather at times. On a cold winter morning, sun struggling to climb over the peak can expose clouds from sublimating ice on the mountain, or clouds from ice crystals blown off the top slopes.

Any way they form, it can be a spectacular start to another day.

Much of my childhood was spent about five miles south and east of the spot this photo was taken (American Fork?). The mountain filled most of my bedroom window. A sunrise like this one would look like a forest fire in my room. But film was expensive, and my camera was a snapshot special.

Thanks to @CharBailey5479, whoever you are.