“A Political Primer on Quoting Out of Context” — Michelle Bachmann, poetry by Devona Wyant

Out of context?  GOP candidates complain they’ve had remarks “taken out of context,” when the GOP spent the past 16 years perfecting the art of political smear by out-of-context quoting? 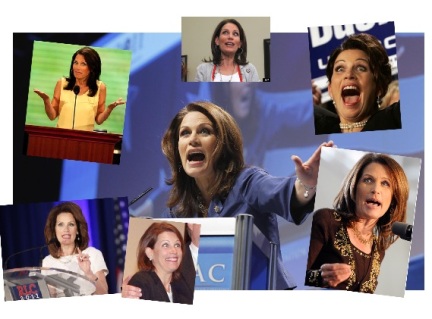 Out of Context? (collage by Devona Wyant)

I am reminded of Ms. Wyant’s poem by Gov. Mitt Romney’s complaints that his “47% remarks” were taken out of context, and by this video response to his complaint:

Comes the news from Minnesota that her constituents have wearied of Bachmann, and she’s in a tough fight for reelection.  Awesome day, indeed.

Now, can we get that Romney guy into an appropriate context?

This entry was posted on Sunday, October 21st, 2012 at 5:23 pm and is filed under 2012 Campaigns, 2012 Elections, Poetry, Politics. You can follow any responses to this entry through the RSS 2.0 feed. You can leave a response, or trackback from your own site.

2 Responses to “A Political Primer on Quoting Out of Context” — Michelle Bachmann, poetry by Devona Wyant