Just point your cameras to the skies and shoot: Lubbock on August 14

With all the cameras around, if everybody just points their own camera to the skies and starts shooting, we’ll get some good shots.

Tonight the Texas Storm Chasers sent this one out: 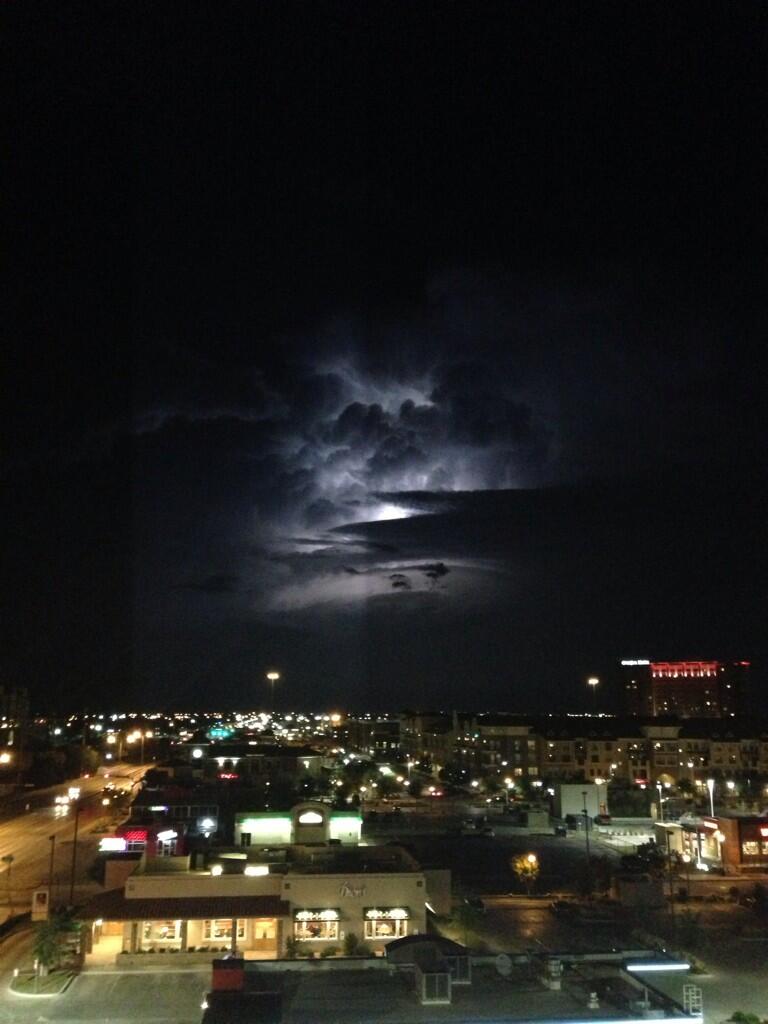 Looks like “Night on Storm Prairie” to me. (Where’s Disney when you need em?)

Shot with a camera phone, I’m guessing from inside a hotel (are those reflections in the window?).  Not sure who shot it, so I’ve just credited “Texas Storm Chasers.”

Weather is cool.  Photos of weather are cool, too.

END_OF_DOCUMENT_TOKEN_TO_BE_REPLACED

Gun nuts offensive, even in the unconscious subtext

Found this on Facebook, a poster designed to be clever:

I like people who use history and historical photographs to inform modern issue debates well.  But I worry sometimes about the subtexts when people use these photos.

For example, who are these guys?  Were they Pinkerton Detectives hired to shoot iron workers at Andrew Carnegie‘s Homestead, Pennsylvania, steel works?  Hatfields, or McCoys?  The deputy sheriffs in Cheyenne, Wyoming, looking out for Butch Cassidy and the Hole in the Wall Gang?  Is it Butch and the gang?  Are these crazed killers, sporting men, officers of the law, or what?

One hopes it’s not a lynch mob from Kansas, or Georgia, or Texas . . .  When the photo’s subjects are unidentified, we might wonder what is the message intended by showing these people; use of the photo implies endorsement, especially absent any disclaimer.  Oh, yeah, it’s quite likely that the person who put the photo up was wholly ignorant of historical context.  But that’s another form of ignorance promotion.  Looking at the list of possibilities I came up with, you can see why I wouldn’t want to promulgate an image that offers endorsement of murderers, thugs, thieves or racists or any combination of that list.

TinEye.com turned up 49 uses across the internet (there may be more, just out of TinEye’s view). Using those links, I’ve learned that the photo is of some unnamed Boer guerrilla fighters in the Second Boer War, circa 1899.  Well, there is this wag claiming the photo may be of George Sydenham Clarke.  He’s in the minority.

Would you want these guys representing your political views?  Any of these guys among those who tried to kill Winston Churchill?  Do they want that in their legacy?

I’m pretty sure I don’t want Boer guerrilla fighters representing my views; they were racist (not that the British were any better), they were crude, and they often tended to let bullets speak for them when words would have worked and been much better for all concerned.

One might wonder what message the group, NationalGunrights.org, intended.

In the screenplay for the great movie, “Butch Cassidy and the Sundance Kid,” the great William Goldman wrote Butch Cassidy wondering at the collection of hired assassins the railroads sent after him and his gang:  “Who are those guys,” Butch said, several times.

It’s an apt question here.  Who are those guys?  Why would anyone want them representing them?

(And, historically, I wonder whether anyone knows the names of any of these five men; I haven’t found any identification).