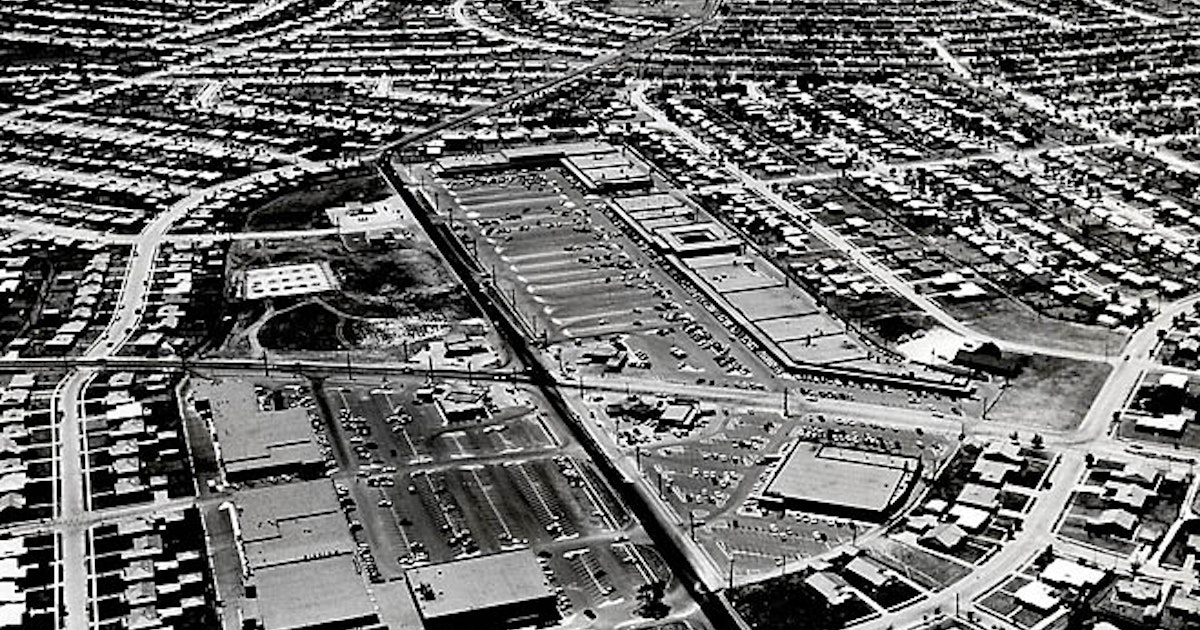 Caption from the Dallas Morning News blogs: This aerial photo shows the Casa View shopping village and the surrounding area in 1957, three years after Bob Reitz moved into the neighborhood with his family at age 7. Reitz is presenting a talk titled “A Time We Once Shared” from 2 to 4 p.m. Saturday at Dallas’ White Rock Hills Branch Library. File 1957 / Staff Photo

Steve Blow writes columns for the local section of the Dallas Morning News.  Wednesday he featured one of our veteran Scouters from Wisdom Trail District here in the southwest corner of Dallas County.

Bob Reitz is also the curator of the Jack Harbin Boy Scout Museum at Camp Wisdom, a surprisingly great store of Scout history.  Among many other things he does well, Bob is a historian of great stories.

This afternoon, May 10, he’s telling stories of Dallas in his growing up years in the “middle-middle class” neighborhood of Casa View, east of downtown.  Bob’s got two hours (it will seem like one or less) at the White Rock Hills Branch Library, starting at 2:00 p.m. (9150 Ferguson Rd, 75228 (map))

You ought to go.

Below the fold, Steve Blow’s column, should it disappear from the DMN site.

We all love to reminisce. But Bob Reitz has made it an art form.

On Saturday, he will present another hit parade of memories from growing up on the eastern edge of Dallas in the 1950s and ’60s.

That neighborhood was Casa View. The street was Lingo Lane. “It was as middle-middle-class as you can get,” he said.

He was 7 years old when his family moved to Dallas in 1954 and settled in that slightly down-scale neighbor to better-known Casa Linda.

“They literally plowed under cotton fields to put up all these houses,” Bob, 67, said. “That meant you could ride your bike 10 minutes and be playing in forests and trees and creeks.”

That made for a near-perfect childhood of city fun in one direction and country adventures on the other.

The retired salesman will talk about all that from 2 to 4 p.m. Saturday at Dallas’ White Rock Hills Branch Library. If you attended his similar two-hour presentation in November at the Lochwood library, Bob promises almost all new material.

“I still haven’t run out of words,” he said.

Bob is a man of interests so wide and curiosity so deep that he’ll never run out. As a child, he begged his baby sitter to read to him from the World Book Encyclopedia.

“Everything I know I learned from the World Book and Mad magazine,” he said with a laugh.

Just last month he gave a presentation to the West Texas Historical Society titled “Sputnik, the Atomic Bomb, Flying Saucers and the Red Scare — Cultural Anxiety of the 1950s and 1960s Expressed in Popular Music.”

Don’t worry. The Saturday talk won’t be so academic. This one will be unabashed nostalgia titled “A Time We Once Shared.”

If you can relate to spending a dime for a cherry-lime at the counter of the Rexall drugstore, you will enjoy his talk. It won’t matter where you grew up.

From the time he was just 8 or 9, Bob and his friends would ride their bikes out to the scary old “Motley Mansion,” the dilapidated house that had been the centerpiece of the Motley family farm. “We’d show our bravery by running up to touch the front gate,” he said.

He really would have been creeped out if he’d known that a severed arm and a foot were buried nearby.

As an adult, Bob has studied the area’s history. And one oddity is that the Motley family cemetery includes the grave of John Motley’s arm, buried in 1894 after a cotton gin accident, and Zachariah Motley’s foot, buried in 1911 after it got caught in a horse stirrup.

Much later, the Motley property became the ill-fated Casa View Country Club. “We were not a country club kind of neighborhood!” he said. Eventually, it became the campus of Eastfield College — cemetery, body parts and all.

By the time he was 12, Bob was riding the bus downtown by himself. The Saturday adventures usually began in Deep Ellum, he said, where he perused pawnshop treasures, peeked in the open doors of seedy bars and passed lots of time in Harper’s secondhand book shop.

Then he would walk on into downtown to spend whatever money he had left at Douglas Magicland and on lunch at Shanghai Jimmy’s Chili Rice or the Copper Cow.

I’m not sure what makes nostalgia so sweet, but Bob dishes it up like Ashburn’s Ice Cream — you remember, the one in Casa Linda.

This entry was posted on Saturday, May 10th, 2014 at 11:47 am and is filed under Capturing history, Dallas, History, Texas. You can follow any responses to this entry through the RSS 2.0 feed. You can leave a response, or trackback from your own site.