[WordPress is misbehaving, or the programmers have put in some new wrinkle that haven’t mastered. This piece I posted this morning shows up back on May 11; I repost it here, now, to get it where it belongs.] 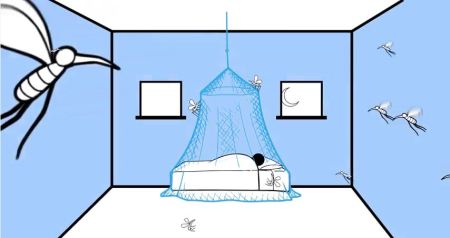 Text of an e-mail I sent to the non-profit vector control group IVCC at the Liverpool School of Tropical Medicine. “Vector” is the fancy name for “disease-carrying arthropod,” usually an insect.

Generally your website is very useful. I am happy to recommend it for most people, for most purposes.

In 1972, the U.S. Environmental Protection Agency issued an order banning DDT from use on crops. The order specifically worked around then-current U.S. law which would have required an absolute ban on DDT, or “outright” as you call it. But the U.S. action was not “outright.”

EPA Administrator William Ruckelshaus fully appreciated the utility of DDT for fighting insect vectors of disease. The regulation banned ONLY crop use, and specifically exempted from ban the use of DDT to fight insect vectors — in the U.S., as well as world wide. See this article, and follow the links for the actual text of the regulation: Oh, look: EPA ordered DDT to be used to fight malaria in 1972!

You can see EPA’s action also did not ban manufacturing in the U.S. Many scientists in the U.S. saw this as a bow to chemical manufacturers who would have lost money invested in manufacturing plants. Production of DDT in the U.S. continued, almost exclusively for export, until 1984. In 1984, there were exports of 300 tons of DDT from the U.S.

DDT remains a deadly toxin, one that kills indiscriminately in the wild. It is not at all clear to me that the POPs Treaty negotiations were speeding to a complete ban on the stuff — but in any case, a special carve out was created to allow DDT use to continue, to fight disease. That amendment was proposed first in early negotiations — not a “last-minute” change of mind.

DDT was never “the most effective means of reducing malaria incidences;” it was a key part of WHO’s eradication program, precisely because it is so toxic, and precisely because it is long-lasting, the two key features that make it a “persistent organic pollutant.” DDT only works when coupled with a program of medical care to cure humans of the disease while mosquito populations are temporarily knocked down — a point you recognize at other places on your website. Alone, DDT sets a stage for malaria to come roaring back, as soon as the DDT effectiveness wears off due to wall washing, painting or time, and when the mosquitoes come roaring back resistant to DDT, they will spread any malaria left in the population of humans.

I hope you can make corrections. There is a widespread, well-funded effort to claim DDT is perfectly harmless to humans, that evil scientists and environmentalists prevailed on WHO and nations to stop using DDT, that the complete cessation of DDT use led to a massive expansion of malaria, and that therefore we should ignore scientists, environmentalists, NGOs and anyone else like the Liverpool School of Tropical Medicine, who advocate doing anything other than massive DDT spraying campaigns to fight malaria.

We’ll see whether anyone is awake and tending the message box at IVCC in Liverpool. I hope the project is not dormant.

This entry was posted on Thursday, May 21st, 2015 at 2:15 pm and is filed under History. You can follow any responses to this entry through the RSS 2.0 feed. You can leave a response, or trackback from your own site.

One Response to Letter to IVCC: Please correct history of DDT (repost)