Malaria No More notes milestone: Malaria at all time low 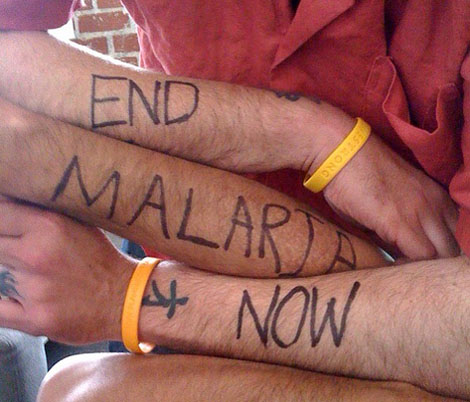 Remarkable progress against malaria marks the 21st century — but there was even more progress between 1960 and 2000. This progress usually is not noted in screeds against the World Health Organization (WHO), or Rachel Carson, or “crazy environmentalists.”

Through the 1950s, WHO estimated malaria deaths worldwide at about 5 million people each year. In about a decade of WHO’s malaria eradication campaign in temperate zones, the toll is estimated to have dropped to about 4 million dead each year.  WHO suspended the eradication campaign in 1963 when it was discovered that mosquitoes in central Africa were already resistant and immune to DDT, which was the chief pesticide used for Indoor Residual Spraying to temporarily knock down local mosquito populations. WHO tried to find substitutes for DDT, but by 1969 formally ended the program and stopped asking for money for eradication.

The fight against malaria continued, however. In 1972 the U.S. flooded malaria-prone nations with DDT which had been intended for use on U.S. crops, after the U.S. prohibited DDT on U.S. crops. For a dozen years all U.S. DDT production got channeled into Africa and Asia to fight disease.  U.S. makers had gotten out of DDT production by 1985 as production shifted to other nations.

Despite DDT’s failure, progress was made in medical care and especially in education on how to prevent mosquito bites.  The death toll dropped toward 1 million annually until about 1990. In the late 1980s, the medicines used to cure humans from malaria parasites failed, as the parasites developed their own resistance to the drugs. Through the 1990s, malaria deaths remained constant, or even rose.

A flood of concern in the late 1990s produced a coalition of malaria fighters with funding through the United Nations and non-governmental organizations (NGOs) such as the Gates Foundation and Wellcome Trust. In 1999, most of these groups agreed to fight harder, using “integrated vector management,” a variety of methods calculated to prevent mosquitoes from developing resistance to new pesticides, and prevent the malaria parasites from developing resistance to pharmaceuticals.

Plus, in nations where houses often were leaky to mosquitoes, these agencies provided bednets to prevent bites of malaria-carriers at peak biting periods, when people slept. By 2008, deaths dropped below a million each year for the first time, and progress has continued.

Beating malaria is a top goal of the United Nations’ Millennium Development Goals (MDGs); Malaria No More reported on a recently-completed report on those goals, which noted the progress against malaria.

Here is the press release from Malaria No More.

NEW YORK, NY – July 6, 2015 – Malaria deaths have reached an all-time low and 6.2 million lives have been saved from the disease between 2000-2015, according to a new United Nations report announced by U.N. Secretary-General Ban Ki-moon’s office today. The final report on progress of the Millennium Development Goals (MDGs), which are set to expire this year, highlights an historic 69 percent decline in the rate of child deaths from malaria in Africa.

The report provides an update to all eight MDG Goals. The unprecedented global leadership over the past ten years to combat malaria has not only surpassed the disease-specific MDG target (Goal 6, Combat HIV/AIDS, Malaria and Other Diseases), but those efforts also contributed to critical progress toward achieving Goals 4 (Reduce Child Mortality) and 5 (Improve Maternal Health).

“Malaria is one of the standout successes of the MDGs thanks to continuous innovation, bold endemic country leadership and steadfast donor commitment,” said Ray Chambers, the U.N. Secretary-General’s Special Envoy for Malaria and Financing the Health MDGs. “We need to build on this success to ensure no child, woman or man dies from a mosquito bite and that we ultimately eradicate this disease.”

Thanks to the leadership of the United States, the Global Fund to Fight AIDS, Tuberculosis and Malaria and other international donors, malaria financing has grown dramatically from 2000-2015 to more than $3 billion annually, and political leadership has fueled the delivery of more than 1 billion mosquito nets to Africa along with hundreds of millions of effective tests and treatments.

Although these results have successfully surpassed the MDG target, the fight against malaria is not finished. Malaria remains a major global health security challenge with an estimated 3.3 billion people at risk globally. Thanks to recent success in achieving real and measureable progress, coupled with steadfast political leadership and a promising pipeline of transformative new technologies, malaria-affected regions have set ambitious goals for elimination including transformative 2020 targets in Southern Africa, Southeast Asia and the Caribbean.

“Malaria is one of the oldest and deadliest diseases in human history,” said Martin Edlund, CEO of Malaria No More. “For the first time in history we have the opportunity to capitalize on our success and end malaria within a generation; we can’t afford to miss that opportunity.”

Estimated change in malaria incidence rate (cases per 1,000 population at risk) and malaria mortality rate (deaths per 100,000 persons at risk), 2000-2015. USNews.com chart, based on MDG report.