Delightful little feature at Arizona Central (azcentral.com), “AZ Fact Check ’11, Keeping Arizona honest” — Arizona Central is a feature of the Arizona Republic, as I recall (somebody correct me if I err).

I’ve noted before that Abraham Lincoln gets credit for a lot of things he didn’t say.  AZ Fact Check ’11 corrected an Arizona State Senator on attributing to Lincoln a quote against helping people do things they should be doing for themselves.  It’s another case of Twitter getting an elected official in trouble (not a lot of trouble, though, really).

What we’re looking at
Sen. Al Melvin, R-Tucson, tweeted a quote that he credited to President Abraham Lincoln.

The comment
“Abe Lincoln: ‘You cannot help people permanently by doing for them what they could and should do for themselves.’ We need to learn from this.”

Analysis
Melvin on June 21 posted several quotes to his Twitter account relating to encouraging individuals to help themselves rather than giving them handouts. He attributed the quotes to Abraham Lincoln.

And Melvin isn’t alone. Others, including President Ronald Reagan, attributed these same quotes to Lincoln.

But according to several books, articles and the website Snopes that deals with debunking urban legends, Lincoln never said the quote.

“. . . in his Houston speech to the Republican National Convention, Ronald Reagan fell for one of the great hoaxes of American history, surpassed in taking people in only by H.L. Mencken`s enchanting fable about Millard Fillmore’s installing the first bathtub in the White House,” Schlesinger wrote. “The author of the less than immortal words Lincoln never said was an ex-clergyman from Erie, Pa., named William J.H. Boetcker.”

Boetcker in 1916 and 1917 produced two booklets based on lectures he gave. The quotes, including the one Melvin cites, are in those booklets.

According to Schlesinger, a conservative group in 1942 put out a leaflet titled “Lincoln on Limitation.” It listed legitimate Lincoln quotes on one side and legitimate Boetcker quotes on the other. Some versions attributed Boetcker’s quotes to Boetcker while others did not, leaving some readers to assume all were from Lincoln.

During the 1940s and 1950s, the quotes were mentioned or printed by increasingly legitimate sources and credited to Lincoln.

“Ever since, Lincoln scholars have been busy swatting the fake quotes down,” Schlesinger wrote. “In the 1960s, the Republican National Committee even warned its speakers, ‘Do not use them as Lincoln’s words!’ but to no avail.”

Bottom line: Historians appear to agree that Lincoln never said the quote that Melvin attributed to Lincoln. The quote was from William J.H. Boetcker.

They got me at that part where they listed sources with links. What a great little feature! 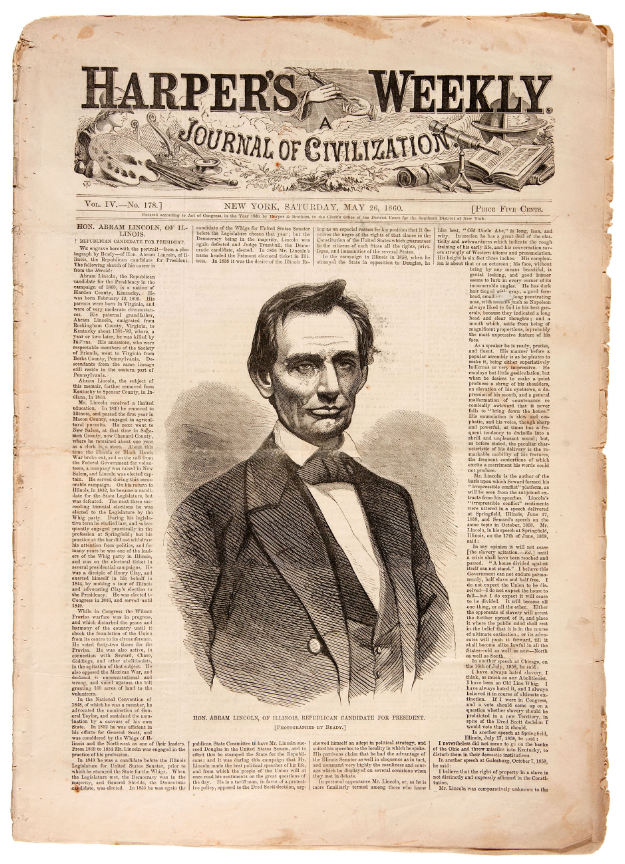 Nota bene:  I failed to see this notice at that site:  “Fact Check is a service of The Arizona Republic, 12 News and the Walter Cronkite School of Journalism and Mass Communication at Arizona State University. It is not affiliated with www.FactCheck.org, a project of the Annenberg Public Policy Center of the University of Pennsylvania.”

This entry was posted on Friday, June 24th, 2011 at 12:15 pm and is filed under Abraham Lincoln, Bogus history, History, Politics, Quotes. You can follow any responses to this entry through the RSS 2.0 feed. You can leave a response, or trackback from your own site.