I remember, just a year ago, when the GOP candidate for president promised to make this photo impossible, replacing King with an Englishman.

A better version of the photo: 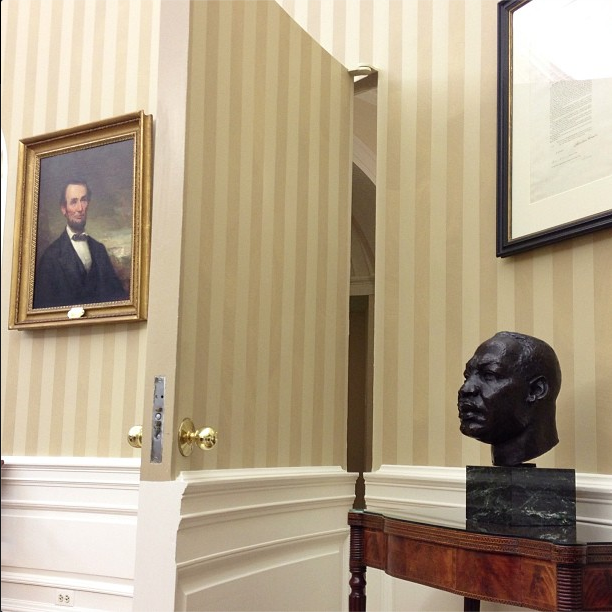 This entry was posted on Wednesday, August 28th, 2013 at 11:48 am and is filed under Abraham Lincoln, Civil Rights, History, Martin Luther King, Presidents. You can follow any responses to this entry through the RSS 2.0 feed. You can leave a response, or trackback from your own site.